Why I Support the "Bring Rodrigo Home" Campaign 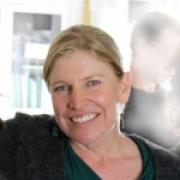 Anne-Marie Praetzel
Share This
Add your voice to the comments

This blog post was written in favor of the Bring Rodrigo Home campaign, which is calling for the return of Rodrigo Guzman and his family who, despite their contributions to their community, were detained by ICE and returned to their native Mexico.

I am admittedly liberal in many of my political beliefs, but when it comes to immigration, my opinion has been shaped 100 percent by first-hand experience, not politics.

My husband came here when he was 22 because he wanted to learn English. He went to college in Brazil, but it was nearly impossible to ever get ahead. Like many immigrants, he thought if he worked hard maybe he could earn some money here and return to Brazil to make a better life for himself and his large family. Well, some 30 years later he is still here. He is no longer Brazilian, though that clearly influences his makeup.

He is American, both in personality and citizenship. He has become deeply ingrained in the fabric of our community. The neighborhood values him for his sunny personality, integrity, honesty, strong work ethic and desire to help out the elderly on our block whenever they need it -- traits that were developed growing up in Brazil. He shares the same characteristics with his clients (he's a contractor, working in construction).

My family loves him and the playful sense of humor -- decidedly Brazilian -- that he brings to our more serious family gatherings. In other words, our community is much better off because of his Brazilian influence. But he lived here many years illegally. Would this country have been better off if he'd been deported because that was the legally right thing to do? Absolutely not. I could get hundreds of people, American citizens, to testify that their lives have been touched in a positive way because of Francisco, the once-illegal immigrant.

Unfortunately, many of his very sunny, positive, hard-working and honest family members and friends haven't been so lucky as to get their green cards. Many, including his sister's family, eventually grew discouraged after being here "illegally" for many years, and they returned to Brazil. Her daughter Fiona went to Jefferson, the school where Rodrigo and my son go. (To have Rodrigo returned to his school in Berkeley, please sign the Change.org petition.) The prinicipal, teachers, and classmates had fallen in love with little Fiona and her bright, witty personality. They still ask me about her all of the time.

But her family of 5 -- a warm, wonderful bunch of people that paid taxes (despite having no Social Security number) volunteered, and were well-loved by all -- got tired of always having to look over their shoulders and worry about being deported. So they went back to Brazil and left behind many sad family and friends here in California.

I don't believe illegal immigrants who have committed felonies -- and even some misdemeanors -- should be allowed to stay here. I also believe immigrants should pay taxes and contribute to their health care costs. But I think there should be a clear path to VISAs for the many hard-working immigrants who make up a very positive block of our country. This country would not be so great without them, I guarantee it. They make it rich and colorful.

In the case of Brazilian immigrants, they make it more vibrant, compassionate, kind and funny. And in the case of Rodrigo and his family, they add kindness, warmth and richness to our little school's community in Berkeley. Berkeley is a better place with Rodrigo and his family here. To ask for Rodrigo's return to his home and school, please sign the Change.org petition here.