Why Can't Health Reform Be Sexy? 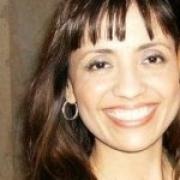 Gloria Riesgo
Share This
Add your voice to the comments

I am a single mother of two children. My employer provides healthcare for me and only me. My son is provided insurance coverage by his biological father, but my daughter Karina, who is not only a a junior in high school, but an athlete, as she runs in her high school's cross country team, didn't have health insurance.  Last year, after an invitational - where approximately 20 schools competed - she came home with a pain in her left hip/pelvic region. The pain was persistent, even after icing. She continued to run, which only aggravated the pain. I finally had to demand that she stop running, at least until we got her checked out.

Because of the fact that Karina wasn't covered, I had to go through my rolodex to find a good doctor that would evaluate her and wouldn't charge me an arm and a leg (ha, ha! Get it? An "arm and a leg"). I remembered that I worked with an orthopedic surgeon some 20 years ago, and I googled him. I found a number and I left a message..."Hi, Dr. X - I don't know if you remember me but..." I got a call back from his assistant. She told me that he heard the message; however, would not be able to evaluate Karina because he doesn't evaluate children/teens. I did get a referral though! Karina was diagnosed with a "left iliac crest salter harris fracture of the growth plate".

Um, whaaaat? The good doctor explained Karina's injury, ordered her to stop running for the next six weeks, provided a referral for physical therapy, and said that this type of injury and it's location was not very common.

Fractures can result from a single traumatic event, such as a fall or automobile accident, or from chronic stress and overuse.Most growth plate fractures -- more than 30% -- occur in the long bones of the fingers. They are also common in the the outer bone of the forearm (radius), and lower bones of the leg (the tibia and fibula). Who is at risk? •All children who are still growing are at risk for a growth plate injury. These injuries are reported to peak in adolescents.
•Growth plate fractures occur twice as often in boys as in girls.
•One third of all growth plate injuries occur in competitive sports, such as football, basketball, or gymnastics.
•About 20 percent of growth plate fractures occur as a result of recreational activities, such as biking, sledding, skiing, or skateboarding.

As you can see, Karina didn't really fit into the model of who is at risk. The growth plate fracture was in her pelvic bone, not her leg, not her hand, not her forearm. She also didn't suffer a traumatic injury. In fact, the doctor said that it was a combination of her age, her growth pattern, and the level of activity she was putting her body through - approximately 40 miles per week - just wasn't a good combination.

The end result? $150 for the consultation with the good doctor, including two re-evaluations at $75 a pop, and physical therapy at $75/visit two times a week (for about six weeks). Yeah, it added up. But, my baby needed the medical attention. As a mother who can't afford health insurance for her daughter, I am sickened by what is happening. I make too much to qualify for the California's Healthy Families program, and make too little to afford the $600/mth premium I would have to pay to add her on to the insurance plan I have through my employer.  The only way I would have been able to afford health insurance for her would have been by way of a public health option. But that possibility was thrown out the window.

So, I had a long conversation with my ex-husband - after all, he is 50% responsible for her well-being, isn't he??  He makes less than I do and so I asked him to apply for California's Healthy Families. He did, and she is currently covered. To be frank, I don't understand how Healthy Family works but my ex-husband is the one responsible for it and as long as my daughter is covered I can sleep better at night.

With respect to Healthcare Reform, there was so much talk when the Obama Administration was trying to get the bill passed that it seemed that this was all that was on the news. Now that it passed, it seems to have disappeared. I wish we had more information that was made available and was sexy. Information can be sexy. Because once Healthcare Reform is discussed, my eyes glaze over. For example, how does Healthcare Reform affect me and my family right now?  My children don't have chronic illnesses - knock on wood - and my daughter's "pre-existing condition" will likely "disappear" because I paid cash. Besides, Healthcare Reform will take affect in 2014 - a little over thee years from now.  By then, my son will be almost 15, and my daughter will be 19; so now, they'll be covered until they're 26. Well, I'm not going to lie, that is comforting.  But, it still isn't sexy.  I guess I'm still sulking over not being allowed my public option.  Yes, I suppose I'm a baby - but I've always been a sucker for a sale.

Gloria Riesgo is co-founder and co-publisher of the MotherTalkers blog.