Why breastfeeding needs to be part of health care reform 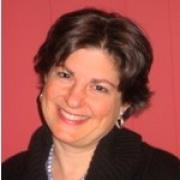 Melissa Bartick
Share This
Add your voice to the comments

Lack of policy and infrastructure to support breastfeeding in the U.S. means that breastfeeding is made unnecessarily difficult. Breastfeeding is an important public health issue, both for women and children. Arguably, breastfeeding is also a reproductive right. Growing evidence shows that longer durations of breastfeeding are linked with lower risk of obesity in childhood and adolescence [1-4], a national epidemic with major health and cost implications. It therefore makes sense to incorporate the creation of an infrastructure around breastfeeding as part of health care reform. Such investment in breastfeeding is likely to have significant cost-containment benefits and may greatly help stem the spread of many costly chronic diseases.

All major medical organizations in the world recommend six months of exclusive breastfeeding, with continued breastfeeding for at least the first one to two years of life [5-8]. The earlier a woman stops breastfeeding, the higher her risk of breast cancer, ovarian cancer, diabetes [9], hypertension, and cardiovascular disease [10, 11]. Early weaning is linked to higher rates of many diseases in children besides obesity, including acute infections, type 1 diabetes, and leukemia [9]. It has been estimated that two to four billion health care dollars could be saved annually in the United States if all women breastfed their infants for as little as 12 weeks [12], and this does not include costs of time missed from work, or cost of management of expensive chronic diseases in children and women. Lack of breastfeeding has been shown to increase time missed from work to care for sick children [13, 14], and conversely, those companies who have invested in their lactating employees have enjoyed significant returns on their investments [15].

A 2001 study from the US Department of Agriculture (USDA) found that the US could save $3.6 billion a year if breastfeeding rates rose to the levels recommended by the federal government, based on an assessment of just a small fraction of disease in infants [16]. If this analysis were adjusted using the more accurate breastfeeding data now available, adjusted for inflation and raised to the medically recommended rates, the true figure would be over $14 billion per year. If the costs of childhood obesity, maternal diabetes, cancer, and cardiovascular disease were factored in, the true cost would likely be several times that figure.

Both the CDC and HHS have identified the barriers to breastfeeding and ways to overcome these barriers [18]. Several government agencies work on breastfeeding, but not as part of one coordinated vision. The United States Breastfeeding Committee, a coalition of representatives from national organizations and government agencies, has been given the federal mandate to write a national agenda on breastfeeding. Yet, it gets very little funding and contracts with only one individual to provide administrative and support services. The federal budget has only one line item pertaining specifically to breastfeeding, which is the $20 million for peer counselors of the federal Women, Infants, and Children nutrition program (WIC). In short, there is a chasm between what our breastfeeding goals are, and any appreciable funding and infrastructure to meet those goals.

Because there is no big commercial interest involved in breastfeeding, it has few lobbyists to advocate for federal funding or an increased public profile In fact, the powerful $8 billion per year infant formula industry has actively lobbied against breastfeeding. Other barriers to breastfeeding include lack of evidence-based maternity practices, lack of access to lactation care and services, lack of paid maternity leave, and lack of worksite support.

Maternity practice challenges: Few incentives currently exist to promote and implement the Baby-Friendly Hospital Initiative (BFHI) in the United States. In addition, the CDC has recently found that the average US maternity facility scored only 63 out of 100 possible points in their ability to delivery evidence-based care around breastfeeding [22].

A national infrastructure led by a lead government agency can help with widespread implementation, through training and systemic approaches, which could be funneled through state health departments tied to specific targets for numbers of Baby-Friendly Hospitals. One of the main barriers hospitals cite is the lack of resources to provide the necessary level of training for hospital staff [23].

The top choices of lead agencies would be the CDC, the HHS Office on Women’s Health (OWH), Maternal and Child Health Bureau of HRSA, or the USDA. Of these, the CDC appears to have the most expertise, having conducted the Infant Feeding Practices Surveys, the “mPINC” survey of maternity practices, the breastfeeding component of the National Immunization Survey, and having issued the national “Breastfeeding Report Card.” OWH is best known for the National Breastfeeding Awareness Campaign, and also hosts a public website with breastfeeding information as part of www.4woman.gov. MCHB is best known for launching the “Business Case for Breastfeeding” toolkit. USDA hosts the breastfeeding component of WIC, but the agency’s necessary links to the dairy and infant formula industries may present conflicts of interest.

Access to lactation care and services: Health Care reform can mandate coverage of lactation care and services on a national level. Lactation consultants are valuable in helping diagnose and solve breastfeeding problems. Insurance companies vary widely as to what kinds of services they will pay for, if any, including Medicaid. Such problems with access further compounds the disparities already seen across racial and economic lines with respect to breastfeeding.

Worksite issues: Research from California, which has worksite protection legislation, shows that even the WIC mothers there have impressive records of breastfeeding duration [24]. This demonstrates that worksite legislation is an effective way to improve breastfeeding duration. National legislation modeled on California's can be rolled into health care reform or passed separately. In addition, health insurance plans proposed around health care reform can consider discounts to those employers who have lactation programs, on-site daycare, and babies-at-work programs.

Paid maternity leave would help all families, regardless of how their babies are fed. The US joins only Papua New Guinea, Swaziland, and Lesotho as the world's only countries without any form of paid maternity leave. Paid family leave has been shown to reduce infant mortality by as much as 20% [25]. As noted in the Motherhood Manifesto, having a baby is a leading cause of "poverty spells" in the U.S. -- when income dips below what's needed for basic living expenses. In countries with national health insurance, such as Costa Rica, such leave may be paid for out of a general disability fund paid into by the citizenry, along with employer contributions. Thus, the opportunity exists to roll in at least a limited form of paid leave with health care reform.

The ideal infrastructure around breastfeeding in the US would involve a central lead government agency for breastfeeding, with adequate line-item funding to sustain it, starting with at least $10-$20 million. In concert with the US Breastfeeding Committee, other government agencies would work in concert with this lead agency, with one goal of achieving widespread implementation of the Baby-Friendly Hospital Initiative. In addition, paid maternity leave and/or worksite protection and workplace insurance incentives could possibly be rolled into a health care reform measure.

It is in the best interest of the United States to fund and build an infrastructure to support breastfeeding. Our nation faces epidemics of obesity, breast cancer, diabetes, and cardiovascular disease. Funding an infrastructure around breastfeeding should be a priority that likely will reap significant returns on investment in form of reduced health expenditures and reduced health disparities.