Where Will Nourishment For Our Children's Children Come From? 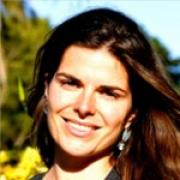 Laetitia Mailhes
Share This
Add your voice to the comments

Can you imagine a world where our children, and their children's children, have access to plentiful, fresh, nutritious food? This question is not as flippant as it may sound. Food security is the single most important issue facing mankind today.

The United States is no exception. Our food is making us sick. The way it's produced is wasting energy, destroying our environment, and depleting vital natural resources including soil, water and cultivated biodiversity. More and more people have no access to healthy food. Meanwhile, our government has been supporting a destructive global food system that has little respect for life.

Now, here's the great news: agriculture can actually provide us with the cheapest, most readily accessible and effective toolbox to reverse the trend—including greenhouse gas emissions. Can you imagine a food system based on chemical-free farming practices that return trees and animals to the land, enrich and regenerate the soil through carbon capture and other natural means, conserve water, protect and expand cultivated biodiversity? A system where farmers would be fairly rewarded for their skills and labor producing nutritious food and stewarding the land?

I know, it sounds too good to be true. Besides, isn't organic agriculture already doing that? And producing too little food that too many of us can't afford?

It is correct that farmers and consumers are choosing in increasing numbers to produce and consume food more responsibly, the “organic” way. In fact, a growing fraction of the food and agricultural industry is also getting involved in what is rightly perceived as the most promising segment of the market. According to the Organic Trade Association's 2011 U.S. Families’ Organic Attitudes and Beliefs Study released earlier this year, 78 percent of American families say they purchase organic food, and four in ten families indicate they are buying more organic products than they were a year ago.

This is very good, and it is not making a dent in the food system as we know it – a global, industrial system where cost and economies of scale trump quality as well as environmental, health and social impacts.

"Business as usual is not an option", claimed the International Assessment of Agricultural Knowledge, Science and Technology for Development (IAASTD). This 4-year assessment endeavor was commissioned by the World Bank and six United Nations agencies, and it involved some 400 experts around the world. IAASTD warned that industrial agriculture was threatening our survival, and recommended that nations embrace sustainable agriculture (“agroecology”). In 2008, the IAASTD Reports, "Agriculture At A Crossroads", were endorsed by 59 countries who have yet to act on their promise to support sustainable farming practices.
Clearly, political will is all that’s missing for our current food system to be significantly transformed. The food industry, who's gladly investing in organic as a growth opportunity, can not be relied upon to actually shift away from a system that has been serving its bottom-line so well.
Time has come for us to take action not only as consumers but also as citizens. Our food rights, and those of our children, are at stake. The 2012 Earth Summit, “Rio+20”, is around the corner: this June, nations from around the world will gather in Brazil to discuss priority actions to support sustainable development. Food ought to be the keystone of any strategy for sustainable development. Let's demand that our government commits to supporting sustainable agriculture at home, and champion it in Rio.  Join the movement on nourish9billion.org and sign this petition.