When It Comes To Our Nation’s Children, Actions Speak Louder than Words 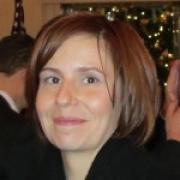 Randi Schmidt
Share This
Add your voice to the comments

I grew up in a family that was long on challenges and short on money. To be frank, my parents were both alcoholics and had untreated mental health issues, and we didn’t have much money after my dad lost his job in the 1980’s and we moved to a small town in rural MN.

Because of where I have been, and what I have been through, however, I find that I am an eternal optimist when it comes to the resilience, strength and potential in children and youth who grow up in difficult situations, whether it is abuse, poverty, or drug and alcohol addicted parents. I am also an eternal optimist that there are adults in this country who want to see these children succeed and will help them achieve their potential. That is why I am very disappointed by what is going on in Congress right now. It seems that while some speak of wanting to help people in poverty and create opportunity in our nation, their actions leave something else to be desired when it comes to children, including low-income and poor children, or children suffering abuse or neglect.

In the past month, committees in the House of Representatives have three times had the opportunity to do right by children, but instead took steps to make their lives, and their climb to success, that much harder.

Then, two days later, on Wednesday, March 16, the House Ways and Means voted to eliminate the Social Services Block Grant program (SSBG). In FY 2013, 48 percent of the SSBG recipients, or 13.5 million, were children. SSBG funds vital programs important to babies, children, youth and families, including foster care, child abuse prevention services, and child protective services. It is estimated that millions of children will be impacted by the elimination of SSBG.

The Committee also voted to deny the Child Tax Credit (CTC), a tax credit which can help parents put food on the table, or pay the heating bill, rent or other basic necessities, to low-income working families with children who file their taxes with an Individual Tax Identification Number (or ITIN) rather than a Social Security number. It is estimated that this proposal would “increase hardship and push several million low-income children and their parents into, or deeper into, poverty.” Three million children, 80% who are American citizens, are expected to be impacted by this proposal.

Now the House Education and Workforce Committee has released bill that proposes to make it harder for schools to provide meals to hungry children in poor communities.

I can’t imagine what, if anything, abused and neglected children, children in need of health care or a hot lunch, or any child for that matter, did to upset members of Congress so much that they would want to make their challenging lives even harder. But, that is what these proposals would do. And it is troubling that some of the very same people in Congress who support these short-sighted and harmful proposals may play a part in creating a new agenda on poverty and opportunity, one which will more than likely impact some of these very same children.

The eternal optimist I am has to believe there is an alternative, that there is something better that our elected officials can and should be doing for children. And there is.

Our nation and its leaders, especially those that care about poverty and opportunity in our nation, can and must do better by children, particularly vulnerable children. The first step is making sure that none of these harmful proposals see the light of day again. The second is remembering the needs of children and youth in any public policy or budgetary discussion going forward, including the creation of a poverty and opportunity agenda.

For while there may be much for our nation to disagree on, I refuse to believe that how we treat the most vulnerable children in our nation is one of them.

Cross posted from Children's Leadership Council by the author.