When Halloween is over, moms of black boys will still be afraid 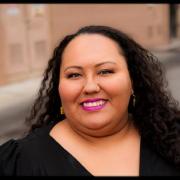 Esperanza Dodge
Share This
Add your voice to the comments

Halloween is a scary day — not only because of the monsters, zombies and ghosts lurking around every corner, but also because of every parent’s fear for the safety of their kids. We worry about everything from car accidents to child predators.

But as parents of children of color, at times especially young black males, we worry about the safety of our kids every single day. Not just the normal worries every parent has — we live with the terror of knowing that our sons could be unjustly targeted and hurt or at worse killed by the very people sworn to protect them. And we struggle with the dismay of knowing that our kids are painfully aware of danger they every day.

“Mama, are the police going to kill me because I’m black?” These were the words of my son who was 8 years old at the time. A year has passed and he is still afraid.

No child should fear dying at the hands of someone meant to protect them. It is becoming normalized to hear on the news the death of yet another young black male who was fatally shot by the police. It is no wonder that our children of color have a deep belief that their skin color determines their fate.

How are our children supposed to react any differently when young black males make up only 2% of the U.S. population, yet 15% of police-involved deaths? This especially hits close to home here in New Mexico where in 2015 we had the highest per-capita-rate of police killings than any other state in the U.S. These devastating statistics have sent ripples of fear through young black men everywhere and those who love them.

My son has had conversations with other boys of color about police violence they've heard about or witnessed.  My son comforts a friend who's father was just arrested. Instead of laughing and running around being kids, they are sharing stories like these. This is not the childhood I envisioned for my son and I know these conversations are happening across the jungle gyms of America.

As mothers we are sitting down with our sons and having difficult conversations that we never imagine having. "If you are stopped by the police, just listen to them and do exactly what they say. Don't talk back, even if you know you didn't do anything wrong. I just want you to come home" says my mom to my 14 year old brother, a young black man still learning his way through this world. Why is it that we’re teaching our kids survival skills to not trigger the police rather than turning to them when we need help?

Funny thing is, growing up I was taught something completely different. I am a Hispanic female and never feared the police as a child. I was taught to call 911 or turn to a police officer if I was ever in trouble. I had a sense of security to know that there were a group of people whose duty it was to protect us.  I also recognize my privilege as a Hispanic woman to I never know the fear that comes to a black male when confronted by a police officer. I don't know how my brother or son feel as young black males, but as mothers we pray every day that they stay safe and come home to us.

I know there are kind hearts of so many police men and women all over the U.S. and for that, I am eternally grateful. Unfortunately, it is not enough to combat the tragic experiences that have already begun to shape our children of color in a way that I’m unsure they can overcome. I answer my son’s question with heaviness inside as I say “No baby, I won’t let them hurt you” and he asks “How do you know?”

This Halloween mothers of young black men will thinking beyond the idea of a razor being hidden in our kids candy or the terrifying clowns waiting around the corner. We live with the knowledge that everyday there is fear and it's not going away the day after Halloween.