When Celebrating Women Traps Them In A Silo 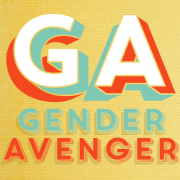 By Gina Glantz, Founder of genderavenger.com

When is “celebrating” women not all that good for women?

Let’s face it. Something tagged exclusively for or about women is all too often a revenue generating strategy alongside a way to deflect criticism about the lack of attention to women and an opportunity for the powers-that-be to say, “look what we do for women.” Unfortunately, often, what they “do” is not much.

Politico’s opening news release about “Women Rule” said, “More so now than ever, women are driving the conversation in the political, business and advocacy arenas. . . . Women Rule is meant to recognize those women and share the innovative ways they are influencing some of the nation’s most important issues.” After waxing on about the influence of women, they then could only find 21 women they called “thinkers, doers and dreamers” as part of “The Politico 50,” which was made up of 81 individuals.

About a month after announcing the all-female “Ghostbusters,” Sony was promoting the return of the “Ghostbusters” all-male franchise.

Food & Wine magazine touted its January “all-women’s issue” but could only find two women to feature among their 11 “best new chefs” in 2015.

CSIS featured Penny Pritzker and Samantha Power among others in their Smart Women/Smart Power series, but in 2014 they could only find one woman to speak at their premier forum titled, naturally, “Statesmen’s Forum.”

Then there is Mika Brzezinski’s “Know Your Value .” Well meaning as it is, it is not a substitute for women joining her on the daily “Morning Joe” show. During five hours (one hour a day) spread out over the week of June 22, 16 percent of the guests or panelists were women. On the best day, there were two women among the eight participants.

And what about TED? Despite great women appearing at TEDWomen, one can only find 33 out of 102 participants who appeared at this year’s main event. Maybe there should also be a TEDMen and the best of both should be featured at a TEDEverybody.

Simply railing against the siloing of women won’t stop the trend. The rumblings of discontent have to have consequences. That requires radical action. Women who can need to start saying “no” to being relegated to or reported on in separate spaces. One doesn’t have to be famous to say “no.” If someone is being asked, they are important to the organization doing the asking.

But, not everyone can do this. There is an opportunity cost of saying “no.” Speaking at TEDWomen or being featured in a “women’s section” of a publication can be important exposure and generate more speaking opportunities and more media exposure. There can also be the cost of turning down an honorarium or a paid gig.

So, this strategy may not be for everyone, but it should be possible for enough women who want to create the kind of discomfort — alas, the necessary motivation — to jump-start conversations within organizations and, potentially, create some culture change. And, generate some new invitations.

I am 72 years old, and I am tired of waiting. I want my grandsons to grow up to be stars and to see women stars in the same places they appear. It won’t happen unless their mothers, their aunts, their grandmothers say “no” to the assumption that women can be “separate” and “equal."