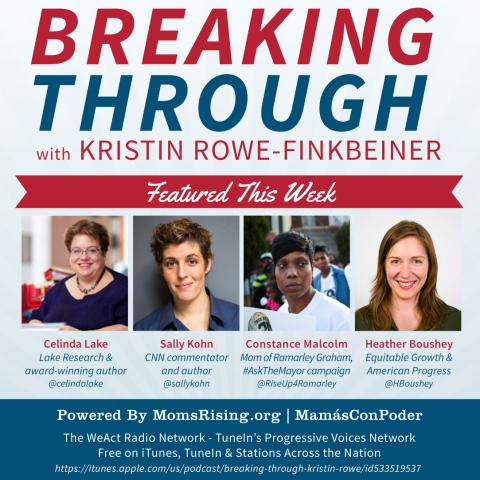 What’s Really Going On In America

Kristin Rowe-Finkbeiner
Share This
Add your voice to the comments
On this #RADIO show we feature one of the top pollsters in the nation sharing what’s really going on right now in our nation, then we hear from a noted CNN commentator and author about her take on the battle between Bernie and Hillary.  The show then moves to hear about the #AskTheMayor campaign from Constance Malcolm, a grieving mother turned activist whose unarmed son, Ramarley Graham, was fatally shot in their Bronx apartment by New York City police officer, Richard Haste. The show closes with the inside scoop on a new report, Overworked America: The economic causes and consequences of working long hours.
*Special guests include:

Let us know what you think about this week's episode!

All New: On #BreakingThrough - How To Build Change NOW