What’s at Stake for Women Workers in Wisconsin and Beyond 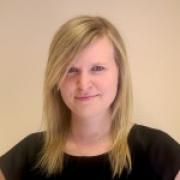 The budget battles in Wisconsin, Indiana, and across the Midwestern United States have inspired a barrage of commentary about what the successful passage of the proposed state laws to strip public sector unions of their collective bargaining power would mean for public sector workers (not good), black workers (really not good), and the future of the labor movement (really, really not good). Another group with a significant stake in the outcome of these debates over public sector union bargaining power is women.

Although male workers are still the majority of union membership, the gap between unionized men and women over the last 25 years has narrowed considerably, with women representing the majority of new workers organized during that time. (For more on women and unions, visit IWPR’s Women in Unions initiative page.)

Public sector unions like the American Federation of State, County, and Municipal Employees (AFSCME) and the American Federation of Teachers, however, have a majority female membership (52 percent and 60 percent, respectively), which makes the legislative outcome of public sector union bargaining power of particular interest to women workers. Furthermore, as you can see in the figure below, women are 52 percent of the state public sector workforce and a whopping 61 percent of public workers at the local level (Figure 1). 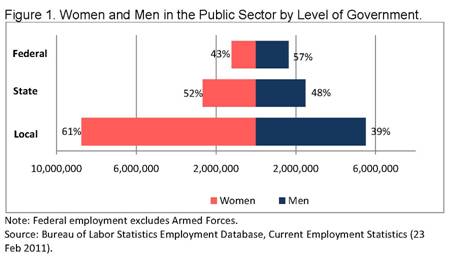 As more women become breadwinners, women’s families will also feel the effects of any proposed legislation that affects women’s wages. In the U.S. workforce, four in ten women work in female-dominated professions. For example, elementary and middle school teachers–the occupation that is most common for local public sector women–are 81 percent female. Moreover, women earn less than men in 104 out of 108 of the occupational categories, including teaching, for which there is enough data to calculate the wage gap.

With so many women in the public sector at the state and local level, and with a proposed budget bill that would strip public sector unions—especially those representing female-dominated professions—of their bargaining rights, what is the outlook for women workers in Wisconsin and beyond?  Not good.