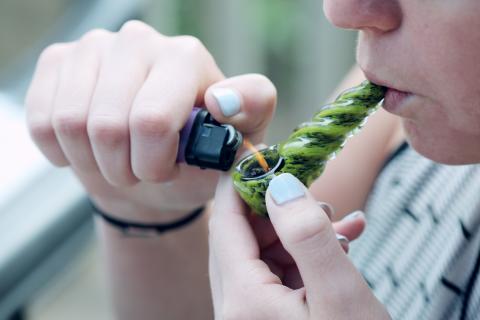 Photo by Sharon McCutcheon on Unsplash

4/20 Day -- the celebration of marijuana that occurs every year on April 20 -- gets more popular every year. And while you probably haven't heard too much about it, your kids likely have. That's because 4/20 awareness spreads mostly on the sites and apps that attract tweens and teens, such as Twitter, YouTube, Snapchat, Instagram, TikTok and other social media. Even mainstream companies including Wingstop, Lyft, Ben & Jerry's, Denny's and Burger King use the day to promote their brands not on TV or Facebook (where parents are), but on platforms with a younger following. If you're looking for evidence of the virality of 4/20 Day, do a search on the name and associated hashtags in apps like Snapchat and Instagram, and check out the feeds of the social media influencers who use the moniker to elevate their personal brand.

However you feel about grown-ups using marijuana, you probably don't want companies piggybacking on pot to make kids think they're cool. It's worth repeating: Marijuana remains illegal for kids and has proven risks to developing brains. But try getting your kids to listen when their feeds are filling up with references to 4/20. Consider these from years past: "It's high time for some Pizza Rolls" (Totino's); "Sometimes you need a huge bowl to get you through the day" (Chipotle); and "Spicy chicken nuggets are here. just in time for 4/20. how are you firing up?" (Burger King).

It's no surprise that experts believe that marijuana use among teens is more widespread than alcohol use. In Colorado, marijuana-related emergency room visits by teens is on the rise. Promoting 4/20 Day may not be the reason for this trend -- but it isn't helping.

Raising drug-free kids in an era of legalization, widespread acceptance, and overt marketing of marijuana is one of the biggest challenges of parenting today. Attitudes are changing, as evidenced by big-name brands capitalizing on the shift. But you can't laugh it off. Normalizing pot use among kids -- which is what happens when brands hitch their wagons to 4/20 -- poses real health risks to kids. You can lecture about how bad pot is for growing brains and try to get kids to wait as long as possible to try it -- and that may work. But also consider helping kids think critically about the content they see online. Asking questions and seeing where they lead may make 4/20 and the brands that support it not look so groovy after all.

Follow the money. Kids may not realize a tweet or a meme (an image that goes viral) is actually an advertisement. But if it's from a company, it's promotional. Ask kids about the tricks marketers use to disguise what are really ads -- for example, tweets, memes, and filters on Snapchat that actually promote brands. Does it make a brand cool if it can fool you? Or does it make them seem desperate to seem like a cool kid?

Talk about age gates -- and how easy it is to get around them. You're supposed to enter your birth date to see online content that's intended for adults, such as sites that sell vaping equipment. But age gates are easy to get around. Ask kids if they or their friends are more tempted to buy drug paraphernalia online because no one is checking their ages.

What's missing? From movies such as Harold & Kumar Go to White Castle to memes that treat marijuana as a joke, it's all fun and games until you overdose, have a bad experience, become demotivated, or hurt yourself. Talk about the real aftermath of getting high and how the negatives are never represented online.

Remember, companies don't care about you. They may be funny, clever, cool, or witty. But if they're using pot as a vehicle for promoting their product, they don't care about your health and well-being. They're just using a convenient hook to appeal to their demographic.

Impart your values. Teens are still listening to you, despite much evidence to the contrary. Discuss what's important to you: good character, solid judgment, and belief in a bright future -- all of which are compromised by pot use.