What Would You Call It?

Recently I did a radio interview about working moms and talked about why I stopped working. My closest friends said I downplayed my nervous breakdown, making it sound like a really bad day (instead of a really bad year).

It's true that I played it down. I was embarrassed. It's one thing to write about it, it's another to talk about it, live. On the radio. With a million peoplelistening.

But I've realized that if I'm going to talk about what happened to me at all, I should be more specific. I should define what "nervous breakdown" meant in my case.

I'll start with what it did not mean. I did not feel suicidal or psychotic. I did not get strung out on heroin, walk around downtown Berkeley yelling at garbage cans, or act outwardly crazy in any way.

I simply stopped, the way a watch stops when the battery dies. I couldn't get my body to obey what my mind kept saying it should do. On Monday, I was giving a presentation to a potential new client. On Tuesday, I was at home on my couch weeping, incapacitated. I never went back to work. I never even cleaned out my files.

I didn't plan to stop going to the job I'd had for the last six years. But when I thought about going to work, I felt I would vomit.

I spent the next few months in a profound despair, plagued by panic attacks, insomnia, and dread. I couldn't stand noise -- including the sound of the car radio on low, or my children splashing contentedly in the bath. I would randomly burst into violent shaking. I lost my appetite, and with it, an alarming amount of weight. My aunt flew out from New Jersey to help take care of the kids during the worst of it. My husband, I would like to state for the record, was as solid as a rock. He somehow kept working, took care of the kids, and took care of me until I could start to think again.

It was like waking from a cult. I wasn't angry with anyone. I didn't blame anyone. I just couldn't believe I'd gone along with the whole thing, the whole terrible annihilating belief that you should give it all away -- to your kids, to your job, to anyone who seemed to have a legitimate claim on your energy and your time. The whole idea that this was normal, even expected, behavior. It was horrifying to realize I'd let that happen.

This all started almost two years ago. Since then, I've been trying to make sense of what happened to me, and what's happening to the women around me who are trying to keep their sanity under the triple bind of work, marriage, and motherhood in a country with the most hostile conditions for working parents in the developed world. (If you don't believe me, take a look at this report.)

I don't know exactly when I decided to call it a nervous breakdown. My doctor doesn't like the term, which has no specific medical meaning. This is what Wikipedia says:

Although "nervous breakdown" does not necessarily have a rigorous or static definition, surveys of laypersons suggest that the term refers to a specific acute time-limited reactive disorder, involving symptoms such as anxiety or depression, usually precipitated by external stressors.

That sounds about right to me. I literally pushed myself to a point where my nervous system stopped working the way it's supposed to. What else would you call it?

In the 1800s, it was common for women with insomnia, loss of appetite, and nervousness to be diagnosed with "female hysteria." Treatment included bed rest, bland food, avoiding mentally taxing activities (like reading) and -- this one is interesting -- orgasms.

This term faded out in the 1900s and was replaced with more specific terms like "depression," "conversion disorder," and "anxiety attacks." 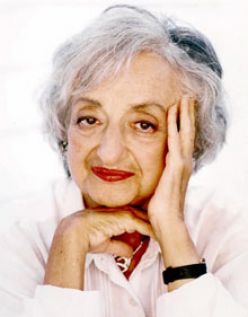 In The Feminine Mystique (1963), Betty Friedan described the "problem that has no name," the profound unhappiness, depression, fatigue, and lack of meaning many women suffered while they were supposedly living the American Dream. Most women, she noted, suffered alone.

How can any woman see the whole truth within the bounds of her own life? How can she believe that voice inside herself, when it denies the conventional, accepted truths by which she has been living? And yet the women I have talked to, who are finally listening to that inner voice, seem in some incredible way to be groping through to a truth that has defied the experts.

That sounds about right, too.

As I've gotten more comfortable telling my story, literally hundreds of working moms have confided in me their own stories. Some of them had their own experience of giving and giving until they crashed into a mental and physical wall and had to stop working. Some haven't crashed, but harbor a deep fear that they will; they know they're dangerously close to their edge.

And some can't even have this conversation because it would mean looking at things about their lives that they're trying very hard not to see. They are suffering alone. I think I know how they feel. Because two years ago, I was one of them.

A Peaceful Revolution is a blog about innovative ideas to strengthen America's families through public policies, business practices, and cultural change. Done in collaboration withMomsRising.org, read a new post at the Huffington Post each week.