What Obama should do now: Fix immigration 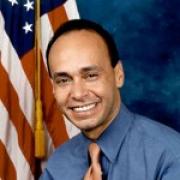 This blog originally appeared as an op-ed in the Washington Post.

Congratulations, Mr. President. Your victory is a victory for fairness for all Americans. It is also a victory for Latinos, and one that Latinos can take a large measure of credit for making happen. They gave you 71 percent of their votes.

As I traveled the country campaigning for you, especially in Latino communities in Florida, Colorado and Nevada, it was clear that Latino voters believe that you will fight for them in your second term.

As I talked with Latinos, one policy was mentioned again and again: your decision to provide relief from deportation for some young immigrants. Your courageous leadership on behalf of “dreamers” touched our community and was essential to inspiring an unprecedented level of support for a Democratic candidate for president.

I was there in Chicago for your victory speech; you listed “fixing our immigration system” as one of the challenges you will address in the next term. Now, together, we can validate Latino voters’ trust by making comprehensive immigration reform a top priority.

I respectfully suggest that we act on reform not just if we can deal with five or six other important matters first, or if the politics look practical and manageable. Comprehensive immigration reform should be a priority because it is our nation’s urgent civil rights struggle of the moment.

The policy is straightforward. Create legal immigration channels that are wide and efficient enough that people choose to go through our system, not around it. We should have an orderly system in which families can stick together, people have rights, rules are enforced and employers don’t cheat to undercut their competition.

We must address reality. More than 10 million people live here without documentation. Most have been here more than 10 years, some more than 25. Most make invaluable contributions to our economy and our nation. They aren’t going anywhere. Let’s get them in the system, on the books, paying even more taxes and living with their families without fear.

I even have a suggestion for how to start. Call some Republicans — Lindsey Graham, Marco Rubio, senator-elect Jeff Flake. Invite them to join the process. The Republican Party realized Tuesday night that Mitt Romney’s decision to wake up every morning and do something to offend America’s fastest-growing population was probably a bad idea. Promoting self-deportation? Check. Vowing to veto relief for young immigrants? Check. Cozying up to Arizona Gov. Jan Brewer and America’s anti-immigrant fringe? Check.

Today more than ever, you will find reasonable Republicans who want to be with you searching for an immigration solution, instead of standing alone, blaming immigrants for all their problems.

You know you have support for comprehensive immigration reform from Democrats. I support you. Sens. Bob Menendez and Dick Durbin are committed to leading on this issue. We are ready to work with you and Republicans to make progress. We should treat this issue as a top priority and meet right away. Is Camp David available? How many people does it sleep?

Mr. President, Latinos believe in you. As you know, they were tremendously frustrated by the record pace of deportations in your first term, but on Tuesday they set aside those concerns and embraced your promise of progress during a second term. I’m eager to stand with you. Let’s put a bipartisan group together to fight for civil rights for immigrants and restore America’s great immigration tradition.