What is the American Promise? 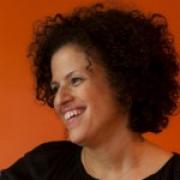 Michèle Stephenson
Share This
Add your voice to the comments

Fourteen years ago, my family took the great risk of turning the camera on ourselves, to film our son Idris, and his best friend Seun. In 1999, the boys entered kindergarten at the prestigious Dalton School in New York City. We wanted the best education possible for our son, and Dalton seemed prepared to do that.  As African American boys, over the years, Idris and Seun struggled with stereotypes and identity, and expectations about who they were.  They ultimately took divergent paths on the road to high school graduation. Exploring the highs and lows of the boys’ coming of age and pursuing the American dream, the resulting film, American Promise, provides a rare look into Black middle class life while putting a face to the unique issues that African-American students, particularly boys, face.

I believe our film reveals complicated truths about parenting, class and race, while challenging commonly held assumptions about educational access in the 21st century. Ultimately, it asks each of us: What is the American Promise?

Our sons are coming of age against the backdrop of great triumphs, like Barack Obama’s presidency but also tragedies like the Trayvon Martin shooting, which represent every parent’s greatest hopes and worse fears.

The experiences our families face in the film are representative of the particular obstacles that African-American boys are facing in schools, private and public alike. We live in a society where black boys are constantly facing stereotypes and our film provides a platform to discuss those issues, provides an opportunity to delve more deeply, and come to the table as parents, teachers, institutions and communities to create an atmosphere where our boys, and ultimately all children, can be academically successful and emotionally supported.

I hope that by holding a magnifying glass to our families personal journeys we are able to spark a larger conversation about the roles that we all, as parents, teachers, youth and members of the larger community – play in shaping the identities of our nation’s black boys.  And with awareness of that impact, we can begin to make real change.

American Promise is opening in theaters beginning October 18 in New York City and will roll out to the rest of the country through the month of November. We hope that you will join us in the theater and online to continue the conversation on what we can do to make sure all children fulfill the American Promise.

See Cities and Release dates here and join us for our online day of Action on October 15th. We are hoping to use this to build a HUGE social media buzz about Black Male Achievement and supporting young black boys. We’ll be live tweeting with some of our partners at 3 PM. And then our Thunderclap will go out that afternoon,  over 250 people have donated a Facebook Message or Tweet to our pledge. Click here to join.