What happens to US jobs with lower corporate tax rates? 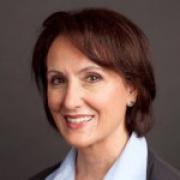 Katherine McFate
Share This
Add your voice to the comments

As we move into this season of connecting with family and old friends, I’m guessing most of us know someone who is struggling in the sluggish job market – a nephew who hasn’t been able to get a foothold in the career of his choice, a teacher who was laid off, an older neighbor who has had his hours cut.

Sometimes it feels like our political leaders just don’t see the pain that real people feel when the economy isn’t growing fast enough to absorb everyone who wants to work.

And then there are others who use the country’s problems to push a “reform” agenda that makes no sense. A couple of weeks ago, we identified a group of CEOs, with platinum retirement packages of their own, who supported cuts in Social Security as the way to “fix the debt.” Really? Grandma doesn’t deserve support?

Today, a new report is being released to counter another bad idea that corporate lobbyists have been pushing for decades. They say that if we just lower the tax rates on corporate profits, corporations will create more new jobs in America. In fact, The Corporate Tax Rate Debate: Lower Taxes on Corporate Profits Not Linked to Job Creation, shows that the corporate tax rate is at its lowest level in more than 50 years and that many large profitable corporations are able to pay a tax rate of over 30 percent on their profits and still create jobs, thank you very much.

The report, published by the Center for Effective Government, looks at job creation among 60 profitable firms. Between 2008 and 2010, 30 Fortune 500 firms with the highest tax rates each paid more than one-third of their profits in federal income taxes and together created nearly 200,000 jobs over the last five years. By contrast, among the 30 profitable corporations with the lowest tax rates, only two paid any taxes at all, and the rest claimed refunds despite reporting profits in all three years. Together these artful tax dodgers shed more than 50,000 jobs. Lower tax rates on corporate profits apparently do not lead to more job creation.

The good news is that the study shows corporations can be responsible taxpayers, do well by their shareholders, and create jobs. And these days, everyone needs to pay their fair share. Because there’s a lot we need to invest in: our transportation infrastructure (lots of shaky bridges), better schools, new energy sources, and support for the elderly.

In 1952, corporate taxes paid almost one-third of the federal government’s bills; in 2012, with corporate profits at record levels, corporate taxes accounted for less than one-tenth of federal revenues. This has resulted in sharp increases in the income and payroll taxes paid by workers. The report recommends closing loopholes that allow corporations to shelter profits offshore and ensuring that all corporations help pay for the important public structures – roads, communications, public safety, the legal system – that enable their businesses to be successful. Investing in things the country really needs: now that sounds like a way to strengthen the economy!