What Does Obama’s Health Reform Mean for You? 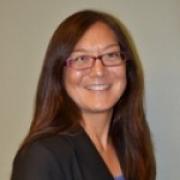 Editor’s Note: The health reform legislation signed yesterday by President Obama is a “really big win for communities of color,” according to Ellen Wu, MPH, executive director of the California Pan-Ethnic Health Network. She was interviewed by NAM editor Aaron Glantz.

What does the health care bill Obama just signed mean for communities of color?

Because communities of color are the most likely to be uninsured, we will benefit the most from this legislation. Based on our analysis, 81 percent of African Americans who are currently uninsured will get coverage either through the Medicaid expansion or through government subsidies when the insurance exchange is up and running [in 2014]. Sixty percent of uninsured Latinos and Asian Pacific Islanders will get coverage. And then for Native Americans, it’s really big because it permanently reauthorizes the Indian Health Care Improvement Act, which they’ve been trying to reauthorize and modernize for a decade. So it’s a really big win for communities of color.

A lot of this is phasing in between now and 2014. What can people take advantage of right now?

There are a bunch of changes that will take effect right now. The ones that are particularly important for communities of color are a small business tax credit to help small businesses cover their workers, eliminating exclusion for pre-existing conditions for children, prohibiting recessions – which happens when you belong to a health plan and they decide you did something wrong on your application or something and they kick you out – and extending dependant coverage for young adults until 26 years old. Young adults make up a large percentage of the uninsured, because they’re in college with limited access to insurance and they get kicked off their parent’s plans and don’t have a job that covers them.

Ann then right away the bill will provide a $250 million rebate for seniors on Medicare to help close the donut hole on prescription drugs. Next year, there will be a 50 percent discount on all brand name drugs in the donut hole. And the gap will be completely closed by 2020. That’s huge for seniors.

There’s a lot of money in this bill for Medicaid.

Yes, that’s true. In 2014, Medicaid will go to everyone who earns more than 133 percent of federal poverty level and the biggest deal is that it will include childless adults who are currently excluded. So if you’re uninsured in 2014 and you make less than 133 percent of the poverty level, you will get Medicaid even if you don’t have any children.

What about this idea of a mandate that everyone has to have health insurance or face a fine? How will that affect communities of color?

There will need to be a lot of outreach that’s linguistically and culturally appropriate. Some groups are excluded from the mandate. People who do not have access to insurance like undocumented immigrants will not have to buy insurance under the mandate, and then hopefully people will understand what the exemptions and hardship exclusions are. But none of this takes effect until 2014 when the health insurance exchanges goes into effect .. and the exchange is supposed to help.

*Health insurance tax credits up to 35 percent for small businesses and up to 25 percent of non-profits to provide health coverage.

*Extends dependent coverage by requiring any group health plan or plan in the individual market to continue coverage to clinics up to age 26 years.

*Eliminates pre-existing conditions as a reason to exclude health insurance to children.

*Prohibits insurers from canceling a person’s health coverage when he or she gets sick.

*Provides billions of dollars to build new and expand existing community health centers, and expands funding for scholarships and loan repayments for primary care practitioners working in underserved areas.
What is the health care exchange? A lot of people don’t understand what that is.

The exchange is a marketplace, a place where individuals and small businesses can pool their purchasing power to buy health insurance. Right now you’re IBMs and all these big organizations can go bargain with health plans for better benefits at a cheaper rate but individuals and small companies don’t have that power. So exchanges can bring all these people together to create that purchasing power to get insurance, because the more people who are in it, the cheaper it is for everyone. So when you’re an individual, you’re now part of a pool that can use your purchasing power and shop for insurance.

So come 2014, if you are a self-employed person or someone who is not getting insurance through their work and you want to buy health insurance, you will be able to because you are not just an island anymore.

Yes. That’s why Anthem Blue Cross was able to hike individual rates by 40 percent for their individual market last year. That’s exactly what won’t happen anymore in an exchange because of the group purchasing power. And also, luckily, regulators will be coming in and the exchange will be providing a structure for that oversight.

And the law will affect you differently depending on your immigration status.

Undocumented immigrants will not be able to take advantages of subsidies in the health care legislation, but they will still be in a better position to buy insurance. The community clinics that many undocumented immigrants use will be less crowded because many uninsured people who currently use those clinics will be able to get care through the regular health care system. Plus, there are billions of dollars for community clinics in the health care bill so those clinics will have more resources to treat people who show up. It’s a big victory.