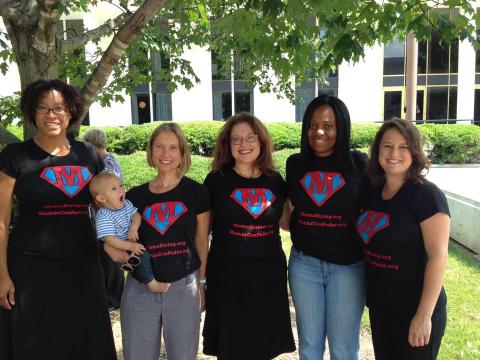 NC Momsrising talks About the Importance of Reinvesting in Education.

Stephanie Lormand
Share This
Add your voice to the comments
In a few hours, my children will exit the front doors of Conn Elementary School as rising 1st and 3rd graders. I'm incredibly grateful for the flexibility that has allowed me the time to volunteer in each of their classrooms,  and, unsurprisingly, I learned a few things while I was there.
Theoretically I've always supported the importance of early education. Long before starting a formal preschool program, my kids spent hours visiting local museums and libraries, and they were born into a house overflowing with books. But it wasn't until I stood in the middle of 24 five and six year olds that I really understood what those experiences had provided for my children.
It wasn't just about them knowing the letters in the alphabet, or how to write their name; those experiences with early learning meant they already knew how to learn. They both walked in to Ms. Humeniuk's kindergarten class with an advantage over some of their classmates, because their father and I were able to hand them their own pair of "education boots", with reinforced bootstraps. I've spent the year reading with students in Mrs. Dara's 2nd grade class, kids fighting to get themselves up to grade-level. Maybe they would have fewer struggles if pre-K funding been there for them 3 years ago.
Public-funded, early education programs provide those extra opportunities for children who wouldn't otherwise have access. Unfortunately, the last few years have seen substantial cuts to our state’s successful early learning programs, like Smart Start and NC Pre-K.
What does it really mean when additional funds are cut from an already underfunded education program?  It means looking into the face of a 4 year old and deciding to legislate limits onto their future worth. Put simply, it is impossible for a child to pull themselves up by the bootstraps on boots they don't own, if they have consistently been denied the education they need. 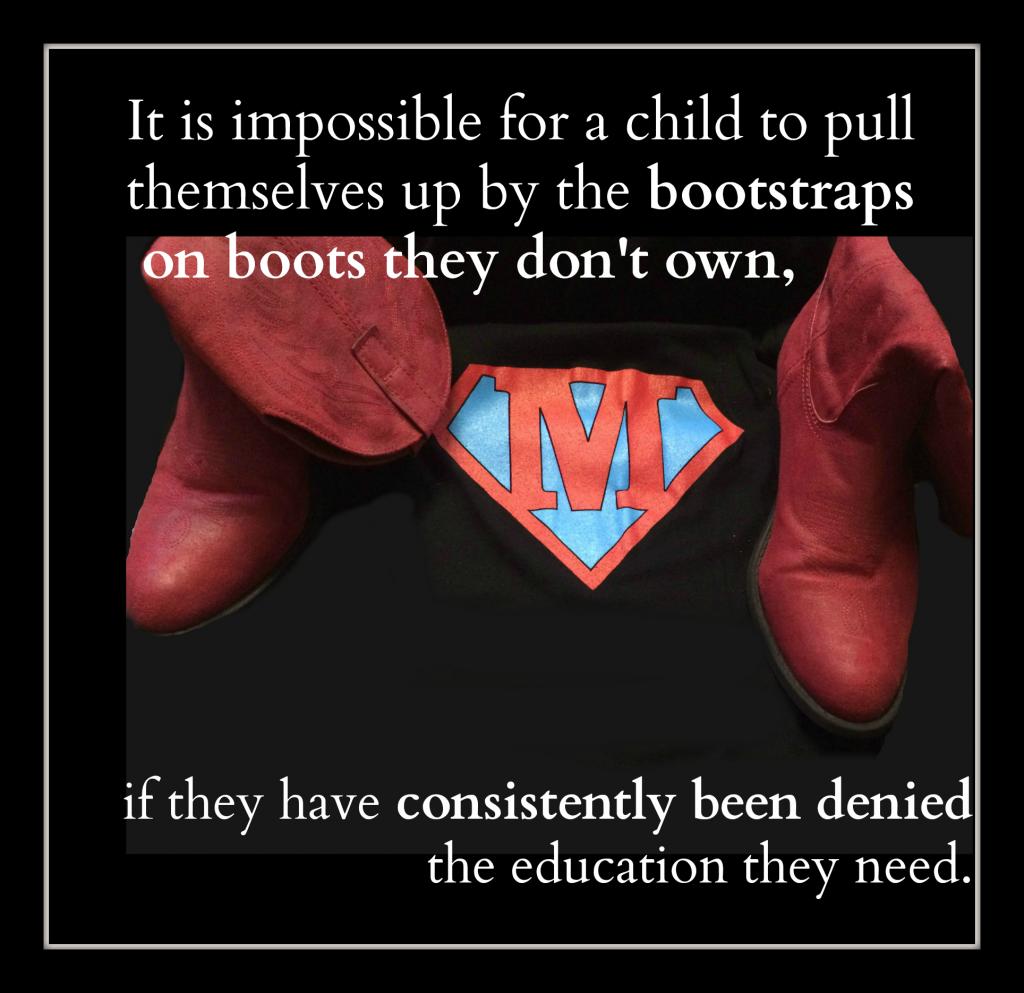 I’m glad to see the NC House budget moving toward a reinvestment in early learning. The proposed House budget is the first in several years that has not cut program funding, instead adding $2.3 million dollars in recurring funds for the Pre-K program.
That’s a good start in the right direction.
Also, special provisions in the House budget will reinstate the child care subsidies lost to last year’s legislative changes. Now thousands of children will have access to positive, safe learning environments while their parents and caregivers are at work.
I urge the NC Senate to follow the House’s example in recognizing the importance of investing in children right now in order to secure long-term success.
While the restored investment in early learning is important, there are other tools that impact a student’s ability to succeed. Tools such as paper, pencils, erasers, crayons, textbooks, and upgraded computer systems also need to be part of the education funding equation. Five kindergartners should not have to share a single eraser, and teachers should not have to supplement their supply budgets from their own pockets.
But they do and they are. For almost 3 decades, my mom has taught 2nd grade in NC public schools; I grew up knowing that teachers often pay for classroom supplies. But it used to be that they were paying for their classroom’s extras, the “decorative throw pillows”. I’ve spent a lot of hours in our state’s public schools since 2012, and teachers are still buying classroom supplies, but now it’s out of necessity, not decoration.
No matter how incredible and generous these teachers may be, they cannot make up the difference of an investment in instructional supplies and equipment that is about half of what it was before the economic recession hit. In practical terms, we now spend $34 dollars LESS per student. Put another way each student has lost: 9 pink erasers, 5 dozen yellow pencils, 10,000 sheets of copy paper, 4 boxes of crayons, and 4 early reader books.
If 10,000 sheets of copy paper per student feels like a lot of paper, consider that there has also been a 78% reduction in textbook funding per student since 2010. We’ve gone from $68 to $15 dollars per student. The latest Stephen King novel costs more than $15 dollars! Teachers try to fix this by copying textbooks--for as long as they have paper--or students share books.
How can we possibly measure student performance and growth when there are kids without access to the information in their textbook?
Again, I’m grateful that the House budget addresses the need for continued forward movement. For example, the House budget does improve textbook spending, from of a shortage of $68 to $35 dollars less per student compared to 2010. The Senate budget should build upon this modest increase.
Spending time with young children is a powerful reminder that you have to celebrate progress, even those first, shaky baby steps. The House budget shows an effort to pull North Carolina up, to move our state’s education back to where it needs to be and I thank them for it.
I sincerely hope the Senate budget does the same.
Please take a minute and go over to the Budget and Tax Center for the other speakers that joined me that day.