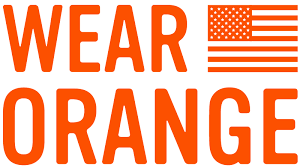 June is National Gun Violence Awareness Month. Over the course of COVID, Americans have practiced social distancing in order to protect ourselves, our loved ones, and our communities from risk of illness and death. But as we’ve been fighting one public health battle, another has been raging unchecked. In fact, our tragic and ongoing epidemic of gun violence has been reaching new heights.

With all this unspeakable harm and suffering due to too many guns (400,000,000!) in our homes and on our streets, why has our terrible gun violence epidemic been allowed to continue without a response from our leaders? Why have we as a country failed to take even the smallest step to curb our gun violence, such as passing universal background checks on gun sales, which 90% of American support?

The backdrop to the current surge in gun violence has been the legacy of Donald Trump. In November 2020, the FBI reported that hate crimes climbed 20 percent under the Trump administration. That trend was inspired and stoked by Donald Trump’s hateful and divisive language, the effects of which unfortunately continue to this day, manifesting in horrific incidents of racially motivated mass shootings by white men: In 2018, 11 people of the Jewish faith were shot to death at the Tree of Life Synagogue in Pittsburgh. In 2019, in the El Paso Walmart shooting targeting Latinos, 23 people died. Then just this March, the Atlanta shooting resulted in the deaths of 8 people, six of whom were women of Asian descent. A month later, four Sikhs died at the FedEx facility shooting in Indianapolis.

Through all the headline-grabbing mass shootings, Black communities have continued to disproportionately bear the tragedy of daily gun violence. In its most recent analysis of homicide data, the Violence Policy Center reports that in 2018 (the most recent year for which comprehensive national data is available), there were 7,426 Black homicide victims in the United States, accounting for 50 percent of all homicides though the Black community represents just 14 percent of the U.S. population. Of the Black homicide victims, 86 percent were killed with guns.

It’s become crystal clear that gun violence in the United States is a civil rights issue. Racism, hate, xenophobia, and any violence against perceived “otherness” including gender, religion or sexual orientation or identity, all spring from the same toxic roots of patriarchal white supremacy, which is strengthened and backed up by ongoing structural white supremacy and ultimately by the lethal power of guns in white hands. The reason we can’t get a handle on our gun violence epidemic is because white supremacy wants to be armed and its champions in Congress will do everything in their power to make sure it stays that way. This includes opposing stronger background checks on gun sales and obstructing the confirmation of any new director for the Bureau of Alcohol, Tobacco, and Firearms, a critical role for gun safety since the ATF director is the primary enforcer of gun policy.

This June, we’ll wear orange and continue our fight against gun violence. But we must also fight the white supremacy that finds the devastation of gun violence an acceptable tradeoff for white men continuing to have unfettered access to firearms. We will never succeed in arresting and reducing our gun violence epidemic until we begin to dismantle the toxic and dangerous combination of white supremacy and guns.