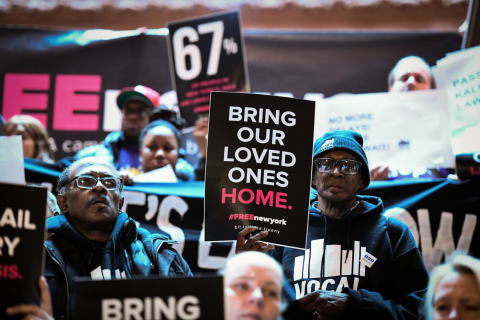 We Won’t Stop Until We #FREEnewyork

MomsRising joined organizers and leaders from across the state like Citizen Action of the Capital Region, Urban Justice Center, Prison Justice Network and JustLeadership. These coalition leaders have been gathering since the new year at the Albany State Capitol to advocate against the harsh practices of putting inmates into the “SHU” [Special Housing Unit] aka, solitary confinement and to reform New York’s money bail system. Volunteers and advocates from both, Campaign for Alternatives to Isolated Confinement’s #HALTSolitary and JustLeadership’s #FREEnewyork groups marched down the hallways of the Capitol chanting songs of freedom, while meeting with legislators along the way.

Solitary confinement is torture and causes devastating harm to families. Although push back from opposing organizations say that solitary confinement is the solution to keeping correction officers and prisons safe, it actually does the opposite. Research shows that people who spend 22-24 hours a day in a cell with no meaningful human contact and without engaging in rehabilitation programs are more likely to commit future violent crimes. This is a result of serious psychological trauma that people who are incarcerated are vulnerable to on a daily basis. A study facilitated by criminology professor at Florida State University, Daniel Mears, found that, “24.2 percent of inmates held in solitary confinement committed a violent crime three years after they were released compared to 20/5 percent of inmates who were not kept isolated."[1]

Pregnant women and new mothers are not exempt from being thrown into solitary confinement in NY prisons and local jails. According the the Correctional Association of New York,

“Solitary is especially dangerous for pregnant women because it impedes access to critical OB care and prevents women from getting the regular exercise and movement that are vital for a healthy pregnancy. In addition, many pregnant women experience stress and depression regardless of whether they have a mental illness, and solitary can greatly exacerbate those feelings. High levels of stress are hazardous for pregnant women, lowering their ability to fight infection and increasing the risk of preterm labor, miscarriage and low birth weight in babies.”[2]

LQBTQIA+, elderly people, people with severe physical disabilities, and/or who are mentally ill are also vulnerable to solitary and receive little to no treatment at all.

According to NY CAIC, the Human Alternative to Long Term Solitary Confinement Act (A.2500/S.1623), or as we know it, HALT bill, aims to:

Key Procedural and Other Protections: 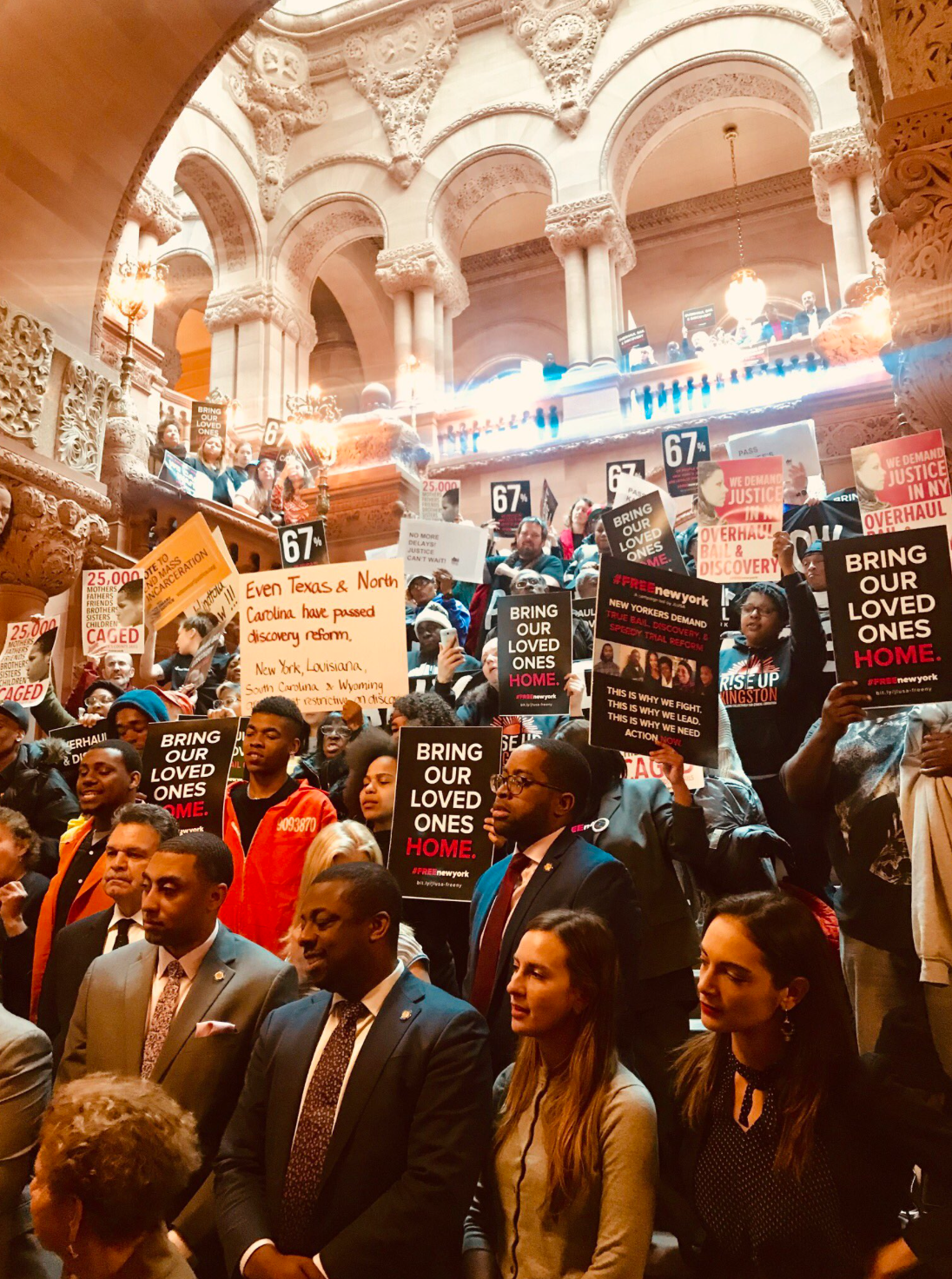 At this very moment, there are incarcerated people who have spent months, years, even decades in solitary. Far too many minds and lives have been and continue to be destroyed. Over 30% of suicide in New York prisons from 2014-2016 took place in solitary, though only 6% to 8% of all people in prison were in solitary. Rates of recidivism increase when we don’t provide transitional, rehabilitative and educational programs and services to help formerly incarcerated persons return to their communities.[3]

What are we asking for?

HALT’s Solitary Confinement bill passed through the Assembly in July 2018 but has not yet been voted by the full Senate. Although New York governor, Cuomo has expressed plans to address the bill in his budget initiatives, his most recent solitary proposal is extremely problematic and watered down. His proposal leaves many people behind, and would continue to allow an indefinite amount of days in solitary confinement. We ask that he considers and passes the HALT bill in its entirety without any revisions.

The entire incarceration and injustice system is rooted in racism so deep that it has manifested into extreme punishment paradigm that has shifted over the past few centuries but remains consistent in that it continues to oppress and kill Black and brown people. Not only will we not stop until we #FREEnewyork, but we will continue to push legislators on bills that liberate all people of color in the U.S.