We Belong Together: Why I’m going to Birmingham, AL 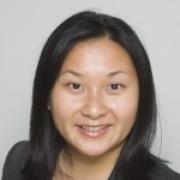 Helly Lee
Share This
Add your voice to the comments

I am excited and honored to be joining the Women’s Human Rights Delegation in Birmingham, Alabama this week as part of the We Belong Together campaign. I am going for my grandmother and my mother. Because of them, I have the privilege to be an advocate for, to listen and speak out against our broken immigration laws.

My mother and grandmother were two young women who fled their country in a time of war. Separated from their husbands and their own parents, they carried my two young brothers on their backs through mountains and jungles to make it to a bordering country. At the border, they crossed a raging river in secrecy to seek refuge in a camp on the other side. Eventually, my family resettled in the U.S. where they pursued a new, but not by any means, easier way of life.

Like many refugee and immigrant families, my parents arrived with nothing but the hope for a better future for their children. They were resettled into impoverished communities where they labored to achieve the American Dream.

Now I work at the South East Asian Resource and Action Center (SEARAC), an organization that is rooted in the refugee community. As an advocate working on behalf of other refugee families, I have seen how flawed and blatantly biased immigration policies affect families and communities across the country. We have seen families devastated and ripped apart, without any consideration for the impact on children, families and whole communities.

For many, the American Dream comes within reach and then it is briskly taken away because of our broken immigration laws. In my work, many Cambodian refugees have been deported from the U.S. to the very country they fled in fear of persecution. Last year, ICE deported Chally Dang and numerous others to Cambodia. Chally arrived in the U.S. when he was a year old. He is a father to three young children, one of whom was born while he was detained in an immigration facility awaiting deportation. Like many families ripped apart by our immigration laws, Chally’s children will grow up without the father they know and love and his fiancée, Ria, is now a single mother.

Our laws fail to consider that immigration policies not only affect those who are deported, but it also dramatically changes the lives of children and families who are here in the U.S. I am going to Alabama because we, advocates and families from all across the nation, belong together in this effort to lift up the stories of our communities and the voices of women and children who are affected by anti-immigrant laws. We have the responsibility to speak truth to what is happening in our communities and impact policies that are tearing up families.