We Belong Together, From Georgia to Alabama 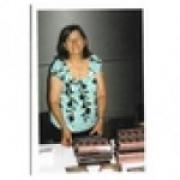 Betty G. Robinson
Share This
Add your voice to the comments

The We Belong Together women’s delegation to Georgia last year was a powerful experience for me as we met with immigrant women there who are living in fear with their families as they deal with criminalization, racial profiling and police harassment.

Georgia’s new “get tough on immigrants law,” had just been put into effect alongside the federal “Secure Communities” program. We heard heartbreaking stories from women who were afraid to call the police when they were victims of domestic violence, or who were afraid to drive to the store or doctor for fear that they would be stopped at a checkpoint, or whose children were afraid to go to school thinking their mother would not be there when they returned. Women without documents – women who work and pay taxes – are first detained and then deported, separated from their children who are often put in foster care. Many of the children impacted are U.S.-born citizens.

But even as these immigrant families face such conditions, these brave women are standing up and fighting back, telling their stories and organizing committees in their communities so that people will know their rights and know how to fight this criminalization.

The experience reminded me of my time working with the Student Nonviolent Coordinating Committee (SNCC) in the 1960s. One of the things we did during the civil rights movement was to document the conditions faced by sharecroppers and townspeople who were denied the right to vote and the right to equal education. Many were fired from their jobs or thrown off plantations, harassed and even murdered. When these conditions saw the light of day, both through grassroots organizing and media attention, a powerful force was organized to turn the tide for humane civil rights legislation.

Hearing the voices of immigrant women and children who already faced difficult challenges and are now more vulnerable due to the passage of anti-immigrant laws like Arizona's SB 1070, Georgia HB 87 and now Alabama HB 56 reminds me that we must build a powerful movement to make the invisible visible. The Alabama women’s delegation can make a critical contribution to the process of challenging the false conclusion that undocumented immigrants are somehow compromising our economic well-being and future freedom.

I imagine the struggles of my own ancestors from Ireland who came to the U.S. during the potato famine in an effort to find a better life for their children. I have read about the challenges that Chinese immigrant workers who built our railroads faced back at the end of the 19th century, and likewise have worked with many of Baltimore’s low-wage Latino workers organizing for human rights in Baltimore with the United Workers Association.

I know that when NAFTA was passed in the 1990s that U.S. corn was able to be sold cheaper on the Mexican market than corn grown in Mexico. This led countless Mexican farm families to lose their livelihood and many ended up coming to the U.S. to find work. I know that hundreds of thousands of American jobs have been moved across borders and oceans by U.S. corporations in search of cheaper labor and higher profits. It doesn’t make sense to me that we let U.S. multi-nationals take jobs overseas but when people from other countries come here to work, they are criminalized.

Deportations of immigrants without papers are on the rise. Publicizing the criminalization of immigrants and supporting the women and children who are caught in this web of surveillance, attacks and denial of basic human rights, is a critical step. It is my expectation that as you hear the first-hand testimony of women and children from Alabama and stand in solidarity with them as well as speak to the media, that you will reinforce our collective determination to build a stronger movement to end these conditions.