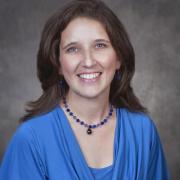 When Margie Mueller, 85, went to her local Plymouth, Wis., polling site last Election Day, she was turned away because her driver’s license had expired. She was told she could go to the Department of Motor Vehicles in Sheboygan, Wis., to get a new, valid ID. That wasn’t going to happen; Sheboygan was too far and Margie was coping with illness.

The 19th Amendment, granting women the right to vote in the United States, was enacted 97 years ago—just 12 years before Margie was born. Sadly, she died in March without getting one last chance to take advantage of women’s suffrage. Aug. 26, now called Women’s Equality Day, marks the day that Margie—and every other American woman—was guaranteed her right to vote.

In the 2016 presidential election, as many as 300,000 Wisconsinites were turned away at the polls because they did not possess a qualifying form of identification under the state’s strict voter-ID law, according to Priorities USA. Donald Trump beat Hillary Clinton in Wisconsin by 22,000 votes.

Since voting rights were expanded—whether it was through the 15th, 19th or 26th amendments to the Constitution—there have been efforts underway to roll them back. Voter suppression, and its sexist, racist, ageist intentions, has infected the electoral process like an insidious virus, intentionally targeting likely Democratic votes.

States with Republican governors and legislatures have made audacious efforts to strip voters of their right to participate in the democratic process of voting, by restricting voting times, limiting voting locations and requiring very specific acceptable voter identification. These laws have disproportionately affected the poor, the young, the elderly, people of color and indigenous people. For example, as pointed out by the 4th U.S. Circuit Court of Appeals, North Carolina’s voter suppression law would “target African-Americans with almost surgical precision.”

People aren’t disenfranchised accidentally. Washington Post researchers analyzed the impact of voter suppression laws; when looking specifically at racial and ethnic minority turnout, they saw a significant drop in participation when and where these laws were implemented. Strict ID laws, including requiring a valid photo ID, result in lower turnout for African-Americans, Asian-Americans and multiracial Americans. All else being equal, the researchers found, when strict ID laws are instituted, the turnout gap between Republicans and Democrats in primary contests more than doubles from 4.3 to 9.8 points. Likewise, the turnout gap between conservative and liberal voters more than doubles from 7.7 to 20.4 points.

For women, this abridgment of rights is compounded by the fact that there still isn’t an Equal Rights Amendment, which would end discrimination against women and favoritism toward men on numerous issues. Also, economic gender equality remains unfulfilled, with U.S. women earning 83 percent of what men earn—and the numbers are even more appalling for most women of color and indigenous women. Since there are more women living in poverty than men, in every demographic, according to the 2014 census, voter suppression disproportionately affects women.

History has shown us that the more we uphold and protect the right to vote, the more diverse the group of elected officials becomes. Yet, today, women make up half of the U.S. population but in Congress hold a grand total of 105 of the 535 congressional seats, or 19.6 percent. That’s 21 of the 100 seats in the Senate and 84 of the 435 seats in the House of Representatives. In statewide elected executive offices, out of 312 available positions, 75 are held by women.

As we work to protect the rights of every voter in America, Women’s Equality Day reminds us to think about what gender equality looks like at the ballot box, but it should be more than just an annual reminder. All of us must do this work continually to ensure that everyone can participate in the democratic process without impediments. So this Women’s Equality Day, register a woman to vote, tell your elected officials to restore the gutted Voting Rights Act, and commit to protecting the rights of all Americans to vote.