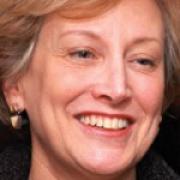 Barbara Coombs Lee
Share This
Add your voice to the comments

This election season is extracting an enormous toll from candidates and citizens alike.

Pressure is always intense in a Presidential year, but this year is different.  Airwaves and Internet hammer away with news of poll after poll, minute campaign details and endless tit for tat. The presidential race, Senate and House races — even local campaigns — all occupy space in national media. Twenty e-mails appear in my inbox by noon each day, all URGENT and all pleading for funds.

The money flow is mind boggling. According to followthemoney.org, state races alone have raised almost $1.2 Billion.  OpenSecrets.org reports that each presidential campaign has raised and spent almost a billion dollars.  And of course, this doesn’t include the biggest spenders of all, the super PACs.

The world watches in wonder and dismay, and my sense is most Americans just want it to be over.  It’s understandable that people might block out the noise and ignore politics altogether in an attempt to restore balance and sanity to their lives. For those ready to run screaming from the computer or TV, sit out the election and withhold their vote, I have two words:

Politicians come and go, but ultimately the strength of our democracy and the breadth of our freedom depend on these nine lawyers.  Questions of end-of-life choice provide a good measure of the power of these individuals to either invade — or respect — the autonomy and dignity we enjoy as Americans.

If you are disgusted at the sorry condition of our political contests and tempted to let this Election Day pass without registering a vote, please don’t.  Think on your sacred freedoms and know how fragile they are. Vote as though your future depends on it. It does.