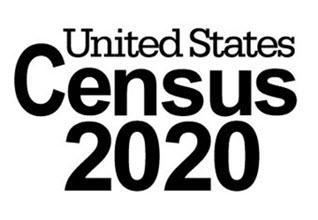 On March 6, a judge in California became the second federal judge to block the Trump Administration from including a question about citizenship status on the 2020 Census. The judge ruled that adding the question to the decennial count not only violated the Administrative Procedures Act, but is also unconstitutional because it prevents the government from carrying out its mandate to count every person living in the U.S.

“In short, the inclusion of the citizenship question on the 2020 Census threatens the very foundation of our democratic system — and does so based on a self-defeating rationale,” U.S. District Judge Richard Seeborg wrote in his opinion.

In a previous ruling on Jan. 15, another federal judge also ruled against including the citizenship question. The Supreme Court will hear oral arguments on this case on April 23. These rulings come months after more than 250,000 individuals and organizations last summer urged the Commerce Department to remove the citizenship question from the 2020 Census. The organizations represented millions of people from every state and the District of Columbia, as well as diverse urban and rural communities. A decision on another lawsuit in Maryland is still pending a decision, but we are hopeful that the ruling will be similar to the others.

The two court decisions so far were clear – the addition of the citizenship question to the 2020 Census was unlawful. The Supreme Court should uphold the lower court rulings to remove the question. The politically driven citizenship question compromises the Census Bureau’s constitutional responsibility to conduct a fair and accurate count of every person living in the United States.

The decennial count is used in determining a state’s number of congressional seats, Electoral College votes, legislative district lines, and funding levels for many federal grant programs to states or localities. Adding a citizenship question to the 2020 Census, particularly in the midst of current heightened anti-immigrant enforcement activities and policies, will discourage people from returning the Census form, worsening the existing undercount of low-income people, people of color, and children. In the 2010 Census, children were significantly undercounted, and the effects of that are still being felt.

While these current fights continue in the courts, there are actions Congress should take to ensure the citizenship question stays out of the 2020 Census and every decennial census following. The Census IDEA Act, introduced by Rep. Carolyn Maloney (D-NY) and Sen. Brian Schatz (D-HI), and the Every Person Counts Act, introduced by Sens. Menendez (D-NJ) and Cortez Masto (D-NV), would both block the citizenship question from being included. Given the importance of the outcome and the June deadline for printing census forms and related materials, Congress should act now to ensure a fair and accurate count.

For more information on the importance of a fair and accurate 2020 Census, see the Coalition on Human Needs' Census page, and watch a recording of the webinar held in January by CHN and the Leadership Conference on Civil and Human Rights.