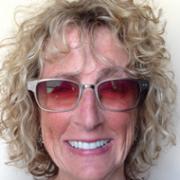 Wendy David, PhD, is a Licensed Clinical psychologist with a 25-year history of working with veterans, women, couples, groups, and families. She has served as a Staff Psychologist at the VA Puget Sound Health Care System in Seattle since 1991 and is a Clinical Associate Professor with the Department of Psychiatry and Behavioral Sciences at the University of Washington. Dr. David received her PhD in Clinical Psychology from the University of Washington in 1991, became licensed in Washington State in 1993, and is a highly-regarded and sought-after consultant and presenter both locally and internationally in the areas of PTSD, Military Sexual Trauma (MST), disability, and mental health. Her expertise includes Cognitive Behavioral and Evidence Based treatments for PTSD, depression, trauma, sleep disturbance, eating disorders, and interpersonal relationship skills. Compassionate and caring, she utilizes an integrative and holistic approach to treatment, maintaining a collaborative relationship in setting treatment goals while carefully listening to and responding to clients’ needs.

Blind since age 8, Dr. David has published two books in the field of blindness which have received international acclaim. Her first book, Safe without Sight: Crime Prevention and Self Defense Strategies for People who are Blind (David, McCall, and Kolmar, 1998), serves as the foundation of personal safety curricula in schools and agencies for visually impaired individuals in the U.S. and Australia. It has also been adapted for female veterans with histories of sexual trauma and PTSD in a program of therapeutic self-defense called Taking Charge!”

Her most recent book, Sites Unseen: Traveling the World without Sight (David, 2010), promotes travel and serves as a resource guide to assist and encourage travel and tourism by individuals with visual impairments and other disabilitie

July 6, 2016
Today is Justin’s birthday. So hard to believe that it’s been 36 years since I first held that little miracle in my arms. So many thoughts and feelings overwhelming me at that moment—relief, pride, exhaustion, wonder, love, protectiveness, and yes, fear. And what new mother doesn’t experience fear? But when you are a totally blind mother with very little support around you, the fear can run as deep and piercing as a razor-edged dagger to your very soul. And what did my fears consist of? That my child wouldn’t be healthy, would get hurt, feel pain, and be treated cruelly or unfairly? Well, to...
MomsRising Together