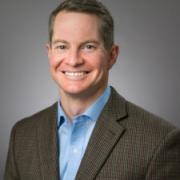 Prior to joining NC Child, Rob worked from 2008 to 2013 as the executive director of the Covenant with North Carolina’s Children. In that role, Rob oversaw the organization’s government relations, membership network, and fundraising.

From 2005 to 2008, Rob directed NC Public Interest Research Group, a consumer and good-government advocacy group. From 2003 to 2005, Rob worked as an organizer at the Center for Campus Free Speech and directed grassroots fundraising offices in Chapel Hill, NC, and New York City.

Rob grew up in Atlanta, GA, and attended Tulane University in New Orleans, LA, where he graduated with a degree in English literature. He enjoys backpacking, basketball, and talking about the weather.