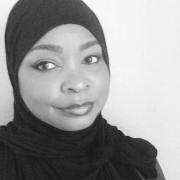 Margari Aziza Hill is an adjunct professor, blogger, editor, and freelance writer with articles published in SISTERS, Islamic Monthly, and Spice Digest. She is the Co-Founder and Programming Director of MuslimARC, the Muslim Anti-Racism Collaborative. After converting to Islam in 1993, her life experiences as a Black American woman have informed her research and writing on Islam, education, race, and gender. She has nearly a decade of teaching experiences at all levels from elementary, secondary, college level, to adult education. She has worked in education at various capacities including as substitute teacher, instructor, curriculum design, school policy, teacher training, as well as teaching assistant and teaching fellow. She taught Writing and Literature at Al-Aqsa Islamic Academy, developed instructed an Art and Literacy class for Clara Muhammad Summer Camp and worked as a Lead Teacher and Curriculum Developer at United Muslim Masjid Summer Madrasa. She earned her bachelor’s degree in History from Santa Clara University in 2003 and master’s in History of the Middle East and Islamic Africa from Stanford University in 2006. Her research includes colonial perceptions mixed-raced identities in Northern Nigeria, anti-colonial resistance among West Africans in Sudan during the early 20th century, transformations in Islamic learning in Northern Nigeria, and International student programs at Al-Azhar and Cairo University. She has given talks and lectures in various universities and community centers throughout the country. 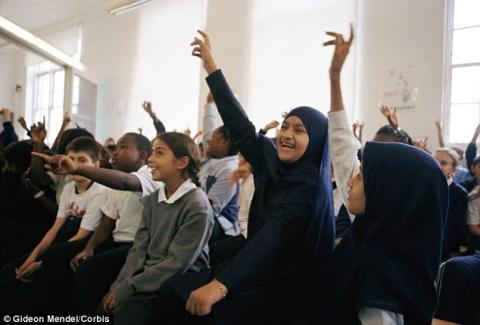 February 23, 2016
Note from the author: This piece originally appeared in Muslim Matters . As part of one of the most racially diverse faith communities, Muslim children in the United States are at the intersection of Islamophobia (a global system that stereotypes and marginalizes Muslims) and global anti-blackness. This post addresses anti-Blackness in Muslim communities using an intersectional framework, incorporating a faith-based approach to anti-bias education that draws upon Islam's egalitarian ethos to counter internalized and horizontal racism. -Margari Aziza Hill My first taste of racism occurred in...
MomsRising Together