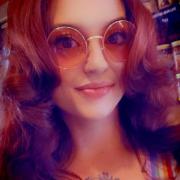 Hello there all of you cool cats and kittens! My name is Jysica, and I am just your average green witch, reproductive rights activist, and an all-around “cool” mom. I am lucky enough to be afforded the opportunity to stay home with my two kids while attending school in pursuit of a legal degree. In my free time I aspire to make this world a little better for whomever I can, and always striving to inspire others. I am a 31-year-old Army Veteran, mother of two, rape survivor, a previous teenage abortion statistic, and an intersectional feminist.

My passion for reproductive rights goes back as far as I can remember. I would obsess over books, articles, and documentaries about Gloria Steinem and the women’s right movements of the ‘60’s and 70’s as a young girl. As Gloria was the catalyst to my never-ending fire that is my Feminist energy, those that surrounded her in their own feminine power fueled my passion. I began to learn about important women such as Shirley Chisholm, who built and solidified my belief that ALL voices should be empowered. Betty Friedan and her book Feminine Mystique became a powerful weapon in the hands of myself at the age of 16, equipping my young mind with untraditional yet effective ways of thinking surrounding the topic of “what it truly means to be a woman.” All of these great and powerful women before me has helped to shape me at my core.

Something else that has affected who I am at my core: Motherhood. I have two wonderful children, and with each pregnancy I encountered situations in my own personal life that really made me want to affect change in a real way. It was during my last pregnancy that I was reminded of the harsh reality many women are still in: lack of bodily autonomy, care during pregnancy, post-partum care. My daughter was seven months old on the day my life changed forever, and I had decided I had had enough officially. That day was June 24, 2022 when the Supreme Court overturned Roe v Wade, and it was at this point I decided I could no longer sit by with good conscious knowing we were on the precipice of “1973: Part 2,” and it did not seem as though anyone was coming to save myself, my daughter, or anyone else for that matter. Queue the undeniable urge and need for a complete and total career change.

I have since left my decade long career in the medical field as a Medical Technologist to pursue a degree in law with a focus on reproductive justice. Being passionate, fed up, and educated is a dangerous combination, and using that is one of the most empowering things anyone could ever experience. I began this journey sitting alone in my basement, making TikTok's about my protest art for no one but myself, yelling into the void hoping someone would listen, jumping feet first into any activism I could, and wondering what “a nobody from the middle of Indiana could really do to affect change. At a certain point I internalized the mentality of do it anyway. I began making phone calls, finding my own resources, volunteering in my community, and that is when my life changed forever.

“Most activism is brought about by us ordinary people,” said Professor Patricia Hill Collins, the first African American woman elected as President of the American Sociological Association (ASA), who is also a distinguished American sociologist and activist in her own right, who has used her education and platform to highlight and study the importance of practicing intersectionality when it comes to race, gender, class, sexuality, and nationality. Professor Collins is certainly one of many women who have helped spark my passion that ultimately led down the current path of intersectional activism that I find myself traveling down. I aspire to do the same for others because activism is truly brought about by ordinary people such as myself, such as yourself, and anyone can be that catalyst that starts an entire movement. A movement that builds itself around empowered people empowering people, while teaching about activism from an inclusive perspective is the way forward.