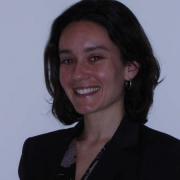 Jennifer Podkul, senior program officer for the Migrant Rights and Justice Program, advocates for the protection of women, children and families seeking protection in the United States. Prior to joining the Women’s Refugee Commission, Jennifer worked as an immigration attorney representing both detained and nondetained immigrants before the U.S. government along the US/Mexico border and in the Washington, D.C. area.

She has published articles and handbooks on issues related to immigration policies in the United States, and engaged international organizations such as the United Nations and the Organization of American States on human rights standards for vulnerable migrants.

In addition to her work in the United States, Jennifer has worked on issues affecting migrants in East Africa and Central America. She holds a B.A. in American Studies and Spanish from Franklin and Marshall College and a J.D. with honors from the Washington College of Law, American University, where she was a Public Interest/Public Service Scholar.

November 19, 2014
By Amelia Bell On Behalf of the Women’s Refugee Commission In September, I had the opportunity to observe immigration court proceedings for asylum seekers detained in the family detention facility in Artesia, New Mexico.
MomsRising Together