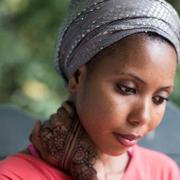 A survivor of female genital mutilation (FGM), Jaha Dukureh founded Safe Hands for Girls to empower and educate young women and communities about the dangers and effects of FGM. She also began the first youth-led movement against FGM in The Gambia. According to the Centers for Disease Control & Prevention (CDC), 504,000 girls in the United States are at risk of experiencing FGM, a cultural practice still enforced by many African immigrants.
Through her work, Jaha has directly saved more than 100 girls from this harmful practice, and has been instrumental in the creation of the Girls’ Protection Act of 2010, which criminalizes the transport of U.S. girls abroad for FGM. Her 2014 Change.org petition collected more than 220,000 signatures, resulting in the Obama administration directing the CDC to investigate FGM’s prevalence in the United States. Jaha intends to continue her work until FGM is completely eliminated – a goal she would like to reach within a decade.

Speak up to keep our daughters safe from female genital mutilation

July 12, 2016
I am a survivor of female genital mutilation (FGM). I am also a mother. I’ve dedicated my life to ending FGM and other gender-based violence; I refuse to see my children’s peers undergo the same trauma I endured. While many consider FGM to be an international issue, it affects women and girls here in the U.S. An estimated 500,000 women and girls have been affected by or are at risk for FGM in this country, often through a practice called vacation cutting. This is when young girls are sent abroad, usually during school vacations, to undergo FGM. Summer is an especially important time to raise...
MomsRising Together