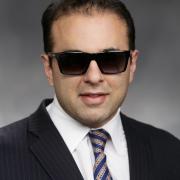 Cyrus Habib represents Bellevue, Kirkland, Redmond, Medina, Clyde Hill, and the Points Communities in the Washington State Senate, where he serves as Democratic Whip and a member of the Democratic Leadership team. He previously served in the House of Representatives.

In the Senate, Senator Habib serves on the Energy, Environment, and Telecommunications and the Government Operations and Security Committees, where he works on a wide variety of issues including clean air and water, oil safety, climate change, multi-level local government affairs, veteran’s issues, elections, and public disclosure and ethics in government.

This past legislative session, Senator Habib was the prime-sponsor of Statewide Paid Sick and Safe Leave, The Washington Voting Rights Act, and legislation to curb out-of-pocket prescription drug costs.

Passionate about supporting small businesses and economic development in Washington, Senator Habib authored and prime-sponsored the Washington Jobs Act of 2014, which opened up investor crowdfunding in Washington State. This legislation is one more tool for Washington entrepreneurs to gain access to much needed capital, and allows everyday citizens to invest in local businesses.

Senator Habib was named one of the “40 Under 40 Political Rising Stars” by the Washington Post, and has been named one of “12 State Legislators to Watch” in the U.S. by Governing Magazine for his bipartisan approach to the legislative process.

Outside the Legislature, Senator Habib is the Community Relations Liaison at Perkins Coie, the region’s largest private law firm, where he previously practiced as a Corporate Associate for four years. He is the key contact for civic, diverse, cultural and philanthropic interests and leadership for the firm’s Seattle and Bellevue offices.

He is also Professor and Distinguished Lawmaker in Residence at the Seattle University Law School, where he teaches courses in intellectual property rights and legislation. His research focuses on issues at the intersection of technology and public policy.

A three-time cancer survivor, Senator Habib has been fully blind since age eight. He is a product of the Bellevue Public Schools, and a graduate of Columbia, Oxford, and the Yale Law School, where he served as Editor of the Yale Law Journal. He is a Rhodes Scholar, a Truman Scholar, and a Soros Fellow. He is a long-time Rotarian, and sits on the Boards of the 5th Avenue Theatre, the Bellevue College Foundation, and the Bellevue Downtown Association. He is also appointed to serve on a number of task forces and commissions.

July 12, 2016
Shortly after I was born, I was diagnosed with rare form of childhood eye cancer, leaving me blind in one eye. The cancer returned again and, although the doctors were able to save my life, they were not able to save my eyesight and I became completely blind by age 8. As I think back to that time in my life, I'm grateful for the strength and resilience of my young immigrant parents, who were thousands of miles away from family and familiarity. I’m grateful for the world class healthcare I was able to receive at Johns Hopkins. And I’m grateful that my parents were able to take the time off...
MomsRising Together