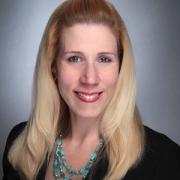 Courtney Nelson is the regional director of communications in New Jersey for the American Heart Association and American Stroke Association.  In that role, she is responsible for the development and implementation of the organization’s branding, public relations and social media efforts.

Nelson was recently recognized by the Jersey Shore Public Relations and Advertising Association and NJ AdClub as part of the inaugural class of Jersey’s Best under 40 MARCOM Professionals.  In 2014, Nelson was inducted into Rowan University’s Public Relations Student Society of America’s Hall of Fame, recognized for her overall contributions in the communication field. Also acknowledged in the area of crisis communications, Nelson received recognition for her work after Superstorm Sandy from the New Jersey chapter of the Public Relations Society of America and the Jersey Shore Public Relations and Advertising Association.   Additionally, Nelson received the American Heart Association 2013 Rome Betts Awards for Staff Excellence in recognition of her contributions in communications throughout her tenure with the organization.

Prior to her current position, Nelson held communication roles at a major hospital system, national technology company and in the pharmaceutical industry.

Nelson earned her associate degree in liberal arts with honors from Ocean County College and her bachelor of arts in communication degree from Rowan University. She has also received certification in both business management and social media through Ocean County College’s continuing education program. 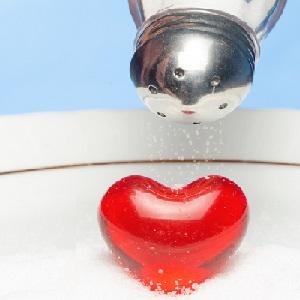 Salt, It's Time To Break Up

May 21, 2015
Break ups are hard. But sometimes, it needs to happen in order to move on to a brighter future. And according to the American Heart Association, it’s time to break up with our salt shaker. That’s right—it’s time to end our love affair with salt. no-salt-breaking-up_momsrising.org(1).jpg Most Americans are consuming way too much sodium—and that excess can have a lasting impact on our health, including raising our risks for heart disease and stroke: our nation’s No. 1 and No. 5 health threats. And don’t be fooled that only adults are falling victim to excess sodium. Our kids are also involved...
MomsRising Together