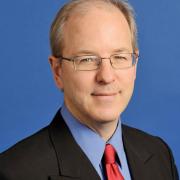 Chuck Marr is the Director of Federal Tax Policy at the Center on Budget and Policy Priorities.  From 1999 through 2004, he was Economic Policy Advisor to Senate Majority Leader Tom Daschle and Senior Advisor for Budget Policy at the National Economic Council from 1997 through 1999 during the second term of President Clinton.  Tax policy was a key area of responsibility of both these positions.  In addition, earlier in his career he was Chief Economist of the Senate Budget Committee and a professional staff member of the Senate Banking Committee.

Most recently, prior to joining the Center in March, 2009, he was a senior political strategist in the Washington Research Group of Lehman Brothers and Barclays Capital, where he analyzed the impact of public policy on financial markets.  He has also taught as an adjunct Professor at Georgetown University.

Marr has a BA in Economics from the University of Rochester and an MBA in Finance from Columbia Business School.

September 12, 2015
Here’s one way the President and Congress can show their support for the millions of Americans working for relatively low wages: save key provisions of the Earned Income Tax Credit (EITC) and Child Tax Credit (CTC) scheduled to expire at the end of 2017. The expected push this fall to permanently extend several corporate tax breaks shouldn’t take precedence over saving critical components of these pro-work tax credits. Our new paper details the wide range of low-wage workers facing lower living standards if policymakers fail to extend the EITC and CTC provisions, from construction workers to...
MomsRising Together