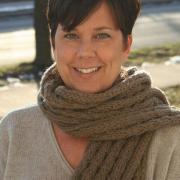 As Director of Advocacy Resources, Carol coordinates the Rudd Center’s work to educate and inform community organizations about issues relating to food marketing, and develops tools and resources to help identify and implement appropriate strategies for intervention.

Prior to joining the Rudd Center, since 2009 Carol served as Deputy Project Director for Save the Children’s Campaign for Healthy Kids where she was responsible for strategy development and policy activities that supported state-level policy change efforts across the country to address childhood obesity. Prior to this position Carol served as Legislative Assistant to State Senator Gayle Slossberg at the Connecticut General Assembly. Carol has also previously worked for United States Congressman Bruce Morrison and United States Senator Joseph Lieberman, both of Connecticut. Carol has also worked as campaign manager and finance director for state and federal political campaigns.

Carol is also a Mom to three children. She is an active member of her local PTA and serves on her district’s wellness committee and nutrition and physical activity subcommittee.

Our kids are getting too much salt

October 13, 2014
The Centers for Disease Control and Prevention (CDC) released a report last month detailing the much-too-high amount of sodium present in most children’s diets. According to the report, 90 percent of children eat too much sodium, and these higher intakes are related to high blood pressure, heart disease, and stroke later in life.
MomsRising Together
Food!

Thanks Michelle Obama.....It’s up to us now!

February 28, 2014
Co-author: Renee Gross, J.D., Legislative Coordinator at the Yale Rudd Center for Food Policy & Obesity When you send your child to school in the morning, you expect they will learn math, reading, and writing; even art and physical education. But you probably don’t expect them to learn about unhealthy food and drinks. Food and beverage companies spend $149 million a year marketing their products to a captive audience of 30 million students in schools around the country. For example, companies use food coupons as student incentives, such as Pizza Hut’s Boot It and Sonic Limeades for...
MomsRising Together
Blog Carnivals Food!

Viacom's Stockholders Profit. But At What Cost?

March 20, 2013
In its Annual Letter to Stockholders this year, Viacom, a leading global entertainment company that owns over 160 networks including Nickelodeon, boasts about its methods for delivering profits. The letter states, “As always, we aggressively pursue every sensible opportunity to monetize our media networks, through advertising, distribution, and consumer products. Although television ratings ebb and flow, our investment in content keeps our brands strong and vital for advertisers seeking our highly targeted audiences and for distributors developing their product offerings”. The sentence that...
MomsRising Together
Food!

February 7, 2013
All the bright lights and dazzling dance moves weren't enough to undo the harmful message sent to our nation's children by Beyonce during the Super Bowl's half-time show on Sunday night. In addition to her performance, 100 fans were given the opportunity to join her onstage. The fans that got up close and personal with her were selected from a contest run by Pepsi that allowed fans to submit photos of themselves in various singing and dancing poses. The contest was part of Beyonce’s $50 million dollar deal with Pepsi that includes standard advertising as well as a multimillion-dollar fund to...
MomsRising Together
Childcare & Early Education Food!

December 19, 2012
Pssst…your child’s favorite cartoons on Nickelodeon aren’t as cute and innocent as they look. In fact, they’re quite guilty of teaching your child to want junk food and to pester you for these unhealthy products. They’re making your child believe that junk foods are “kids’ food” and that’s what they’re supposed to be eating. Quite simply, your efforts to raise a healthy child are being undermined by corporate interests. With one in three children overweight or obese, kids’ entertainment companies should not be exploiting the love that children have for their characters nor parents’ trust that...
MomsRising Together
Food! Blog Carnivals

Food marketing to children: What can you do?

December 6, 2012
Eighty six percent of the food marketed to our children is for unhealthy products so it’s no surprise that researchers have found links between food marketing exposure and the rapid increase of childhood obesity and related diseases. Let’s face it, food marketing works. If it didn’t the food and beverage industry wouldn’t spend over $1.6 billion per year in the U.S. on marketing targeted to young people. Parents are up against extremely powerful forces when it comes to raising healthy kids. Our kids are being bombarded with messages for unhealthy food everywhere - on TV, the internet, in...
MomsRising Together