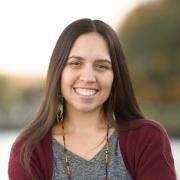 Camie Jae Goldhammer, MSW, LICSW, IBCLC, (Sisseton-Wahpeton) is a Clinical Social Worker and Lactation Consultant. Camie received her Master of Social Work degree from the University of Washington in 2006, specializing in Maternal Mood Disorders and the affects of complex/Intergenerational trauma on attachment, bonding and the parenting practices of Native families. She has served as a therapist with the Snoqualmie Tribe's Behavioral Health Program, been a WIC/Maternity Support Services social worker and clinical supervisor with the Ina Maka home visiting program which serves pregnant and parenting women and their families in Washington's urban-Indian community.

Camie is the founder and chair of the Native American Breastfeeding Coalition of Washington. She is also a founding mother and President Elect of the newly formed National Association of Professional and Peer Lactation Supporters of Color. In 2013 she became Washington state 'a first Native American IBCLC. Camie is a consultant with CHAMPS and is also a part of the Center for Social Inclusion’s First Food Racial Equity Cohort. She is a National leader on topics of racial equity and first food justice. In August 2016 Camie began working as a Campaign Director with MomsRising bringing Paid Family and Medical Leave to Washington State. 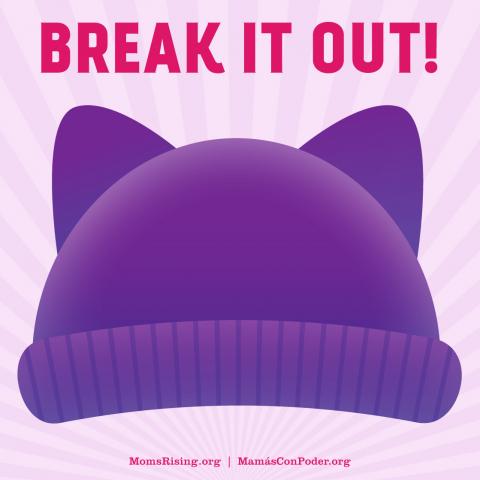 March 28, 2017
Have a #PussyHat in your closet? Well, break it OUT! It’s time to get together, to strategize, to make our voices HEARD, to wear our hats, and… to plan how we can have an impact at the city, state, and national levels to lift women, children, families, and our communities. It’s time to say #YesWeCan! It’s time to #KeepMarching! WHAT?!?! Join us this coming Tuesday, March 28th at Town Hall Seattle at 7:15pm (or at 5:30pm for free refreshments)! Wear your #PussyHat. Bring your ideas. Join MomsRising co-founder and CEO, Kristin Rowe-Finkbeiner — who was a keynote speaker at the Women’s March on...
MomsRising Together