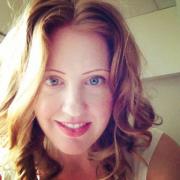 Anna is a Senior Health Policy Analyst for Health and Reproductive Rights at the National Women's Law Center where she works to implement health care reform at the state level — with a particular focus on ensuring equitable, affordable access to care. Prior to joining the Center, Anna served as a Policy Analyst at Harbor Health Services, a large network of community health centers headquartered in Boston, Massachusetts and home to the first health center in the country. For several years Anna worked to advance evidence-based practices that reduce the spread of HIV and hepatitis C in New York City and successfully lobbied for increased resources and policy reform. She is a graduate of New York University and later received an interdisciplinary Master's Degree from NYU's Gallatin School of Individualized Study.

I Know All About The ACA’s Breastfeeding Benefit, and I Couldn’t Get Services Covered