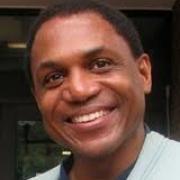 Andrew is a long-time racial justice guy, a black man of Jamaican origins in the United States, born on the 4th of July. He's grateful to have been able to do work meaningful to him alongside people whose examples inspire him. He understands that, in myriad and sometimes unwitting ways, the most fortunate people in the US have built their good fortune largely on the backs of the least fortunate, just as the United States has built its cultural, economic and military preeminence largely on the backs of people outside our borders. He believes race has played a prominent role in both cases.

Raising Kids Who Embrace Race: Why we must, where we begin.

June 22, 2017
Why We Gather. EmbraceRace is about building a strong and nourishing community of practice for parents, guardians, teachers and other caregivers who want to help raise a generation of children who are thoughtful, informed, and brave about race. In this session we — Andrew (Grant-Thomas) and Melissa (Giraud) — will talk about the Big Picture of race in the United States that led us to launch the community. REGISTER HERE to join this FREE, online, community conversation on TUESDAY, June 27th at 5:30 pm PT/ 8:30 pm ET. We’ll highlight the goals we derived from that Big Picture and describe some...
MomsRising Together