Faster than a speeding bullet, John Boehner, the new Speaker of the House, announced that the House will vote on January 12th to repeal the Affordable Care Act, the health care reform bill.

Not so fast, partner.

Send a strong message to Congress that moms and dads are standing up for our kids and families by signing on to this short letter demanding that Congress move America forward on implementing health care reform! 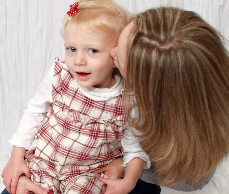 We're standing up for two year old Violet who has a life threatening form of epilepsy and will likely hit her lifetime limits by age four if the Affordable Care Act is repealed.  As her mother, a MomsRising member from California, starkly points out, "Unless a cure is found, our daughter will be admitted to the hospital throughout her lifetime and a lifetime limit on insurance would limit her lifetime on earth."

And we're standing up for seven year old Klaus, who has been battling a rare cancer called sarcoma for over three years.  Tracy, his mother says, "As the mother of a child fighting cancer, I know 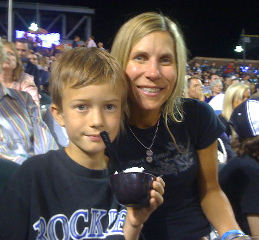 that we absolutely can't return to the bad old days when insurers could drop us when we got sick or exclude our children from coverage because of pre-existing conditions."

And we're standing up for four year old Wesley, whose mother Dawn, a MomsRising member from Florida, is self-employed and finally this year gained coverage for Wesley's eye condition, strabismus.  Dawn was elated when her insurance company informed her that Wesley's condition was finally covered because of the passage of the Affordable Care Act which makes it unlawful for insurers to exclude pre-existing conditions for children.

Heck yeah, we're standing up for America's children and families.  Repeal of the health care overhaul law would take away personal freedoms of actually having access to reliable health insurance when we or our children get sick, and put power back in the hands of insurance companies.

New benefits under the law have freed millions of Americans from worry that they'll lose or be denied insurance, made it easier for small businesses to sponsor coverage for their employees, and provided more affordable prescriptions for seniors on Medicare.

We're not going back to the bad old days when insurance companies held all the cards! Click here to sign our letter now and please forward to friends and families!

We'll be delivering this letter both in D.C. and to Members of Congress in their district offices in partnership with children and family advocates.

Though we don't expect the repeal legislation to pass in the Senate, we know that members of Congress will be closely watching public response to the House repeal efforts and will be gauging how aggressively to move forward with additional plans to dismantle and defund health reform.  Your signature is important to demonstrate strong public support for moving forward with health reform.

Thank you for standing up for America's children and families!

P.S.  Big thank you to our partners at First Focus, Georgetown's Center for Children and Families, and Voices for America's Children for their help on this campaign.

P.P.S.  For more information on the price of repealing the Affordable Care Act, see http://www.healthcare.gov/news/factsheets/repealcosts.html