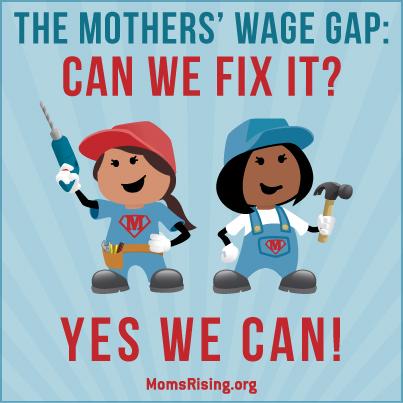 Breaking news: The U.S. Senate could vote soon on the Paycheck Fairness Act and on the Fair Minimum Wage Act. Votes could happen as early as Wednesday, September 10.

Time is short! And your voice is needed now to let Congress know we're paying attention to how they vote -- and we expect them to step up for women and families.

*Click here to urge your U.S. Senators to vote YES on BOTH the Paycheck Fairness Act and also the Fair Minimum Wage Act.

These are important votes. Taken together, passing the Paycheck Fairness Act and raising the federal minimum wage from $7.25 to $10.10 an hour will help to close the gender wage gap, bring millions of families out of poverty, and also strengthen our national economy.

Look, we’re not naïve. We know that both equal pay and raising the minimum wage are politically “hot” issues and that is a key reason why they’re getting attention right now.

But let’s make this current attention work in our favor. Our U.S. Senators are talking about women’s economic security issues. Let’s make sure they know we’re watching, we’re listening, we’re demanding that they do more than play political football with our paychecks. #WEmatter #WEvote and #WeAreAPowerfulForce!

*Don't forget to take a moment now to tell your U.S. Senators to vote YES on BOTH the Paycheck Fairness Act and also The Fair Minimum Wage Act!

The Fair Minimum Wage Act is needed to boost our economy and our families. Right now, working year-round, full-time at the current federal minimum wage adds up to about $15,000 per year. Families can’t survive on that, and it is women and families who are primarily affected. Women account for 55% of all workers who would benefit from increasing the minimum wage to $10.10. In addition, 28% of minimum wage workers have children. With those stats, it’s not very surprising that studies show raising the minimum wage will help close the wage gap between women and men.

Less pay means less ability for moms to provide the basics for their children like food, medicine, and housing, as well as longer-term needs like college tuition.

Plus, unequal pay hurts our economy.  This is because when women--who make three-quarters of purchasing decisions in our nation--don't have funds to spend in our local communities, in our neighborhoods, and in stores, then our whole economy suffers.

If we want to close the wage gap, pull families out of poverty, and boost our economy, then Congress needs to pass the Paycheck Fairness Act and also raise the minimum wage.

The U.S. Senate can do the right thing THIS WEEK!  They can raise the minimum wage and begin to close the wage gap.

And your voice is important.  Let’s face it, opponents to the minimum wage are spending a lot of money trying to silence moms and low-wage workers so we need to be extra, extra, extra loud.  We need as many people as possible to sign onto this letter via the link above so Congress knows that moms care about this issue. And also, after taking action, please make sure to forward this email to your friends and family— and/or copy the action link to your Facebook and Twitter pages.