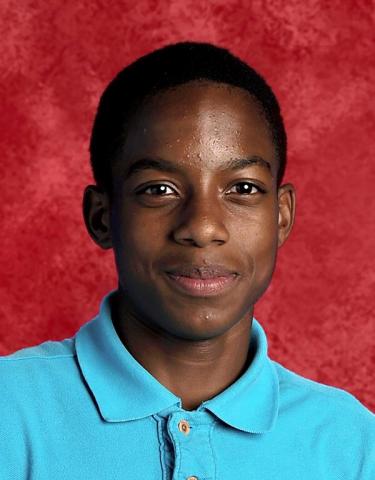 In April, fifteen year old Jordan Edwards and his brothers were driving away from a party when he was shot in the head and killed by Police Officer Roy Oliver. To add to this horrific tragedy, Jordan's two brothers were held overnight in jail-without charges. And police even detained Jordan’s father when he arrived at the station--claiming he was “being hostile” for simply asking about his children. In addition, inconsistencies were put forth by Balch Springs Police Chief Jonathan Haber when when he said the car Jordan was in was moving "aggressively" toward police--leading one officer to fire his rifle toward the car. This wasn’t true.

Do you or a loved one have an experience that speaks to the need for police reform? Please share what happened now!
The story of Jordan Edwards doesn’t end there. Thousands of MomsRising members like you spoke out and demanded justice -- and earlier this month Officer Oliver was indicted by a grand jury on one count of murder in the death of Jordan Edwards and four counts of aggravated assault with a deadly weapon by a public servant in connection with the four other people in the car. Dallas County District Attorney Faith Johnson stated that it was the first time authorities there had issued an arrest warrant for an officer before the case was presented to the grand jury. Currently Roy Oliver remains free on $700,000 bond and faces a maximum sentence of life in prison if convicted of either murder or aggravated assault with a deadly weapon by a public servant--both first-degree felonies.
We are glad that the case against Officer Oliver is moving forward, but we also recognize that police brutality is systemic, with Jordan Edwards being one of 568 people killed by police so far this year. Studies show that even though White Americans outnumber Black Americans five-fold, Black people are three times more likely than White people to be killed when they encounter the police in the U.S. In fact studies show that young Black men are 21 times more likely to be killed by police than young white men.
And just this past week we saw President Trump openly advocate for police brutality in a speech to law enforcement officers in Long Island, NY, where he said, “When you see these towns and when you see these thugs being thrown into the back of a paddy wagon, you just see them thrown in, rough, and I said, ‘Please don’t be too nice,’” to significant applause. This is not okay. It's not only against the law (innocent until proven guilty & more)-it's also against the core principles of our nation, including each person’s inalienable right to life, liberty, and the pursuit of happiness that's written into our Declaration of Independence. In fact, Trump's statements are a u-turn away from the progress we’ve made toward our nation's core principles and further demonstrate his consistent disloyalty to American values. Moving forward, we need your voice more than ever to stand up against illegal efforts to wipe away police transparency and accountability.
Can you lend a hand? We need to help make sure no more people lose their lives like Jordan Edwards did. Can you share your experiences with us? When we demand justice from mayors, police departments and the legal system, we need your voice to illustrate the impacts and reality of what is happening on the ground, all over the country.
The fight for accountability is ongoing as justice continues to evade those impacted by police violence. Just last month Charleena Lyles, a pregnant mother of four with a history of mental health struggles was gunned down by Seattle police in front of her children. And even when an officer is brought to trial, justice is still too often evasive, such as in the case of Philandro Castile who was shot and killed in front of his girlfriend and her daughter by police officer Jeronimo Yanez. On June 16 Officer Yanez was acquitted of all charges in Castile’s death.
After the news of the indictment, Shaunkeyia Stephens, the mother of Jordan Edwards, said “...I received a glimmer of hope when the man responsible for shooting and killing my son, Jordan Edwards, was indicted by the Grand Jury for murder...My son did not deserve to lose his life by any means, particularly not at the very hands of those who have taken an oath to serve and protect him....I pray that this case will not only result in Roy Oliver being held fully responsible for his actions; but that it will also force Police Departments nationwide to address the cultural and environmental factors that promote violent and lethal action against innocent civilians. I continue to pray that Jordan’s death will be a catalyst for positive change in the attitudes, behaviors, and civic responsibility in way we hold our government, our city and our police force accountable."
One way we can move to hold police departments accountable is by sharing our experiences relating to police reform. We’ll compile a message book for decision makers with the voices of supporters and of families adversely affected by police violence and misconduct. Share your police reform story now!
No mom or dad, no son or daughter, should ever have to fear that a loved one could come to harm at the hands of those charged with protecting them. Thank you for standing with the families who have lost their loved ones to police violence.
Click here to submit your experience relating to police reform now!