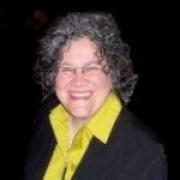 Monica Hernandez
Share This
Add your voice to the comments

“HB 56 has devastated our community in many ways,” shared Trini in November at the first organizing training for immigrants living under Alabama’s new anti-immigrant law, considered to be the worst in the nation. “But the worst part is psychological. We used to have a life. We were active in our church, we took our children to soccer practice and music classes, we had a life. But when the law passed, we were reduced to going from home to work or school and back. That’s not living,” she told us.

Trini’s words took me back to California 18 years ago, shortly after Proposition 187 was approved by voters. The court quickly issued a temporary injunction barring the state of California from implementing the law until the final court decision. “The damage is done no matter what the court decides,” said my friend Juana Flores. “This is a psychological war against our community, and they are winning.”

In 2011, three Deep South states -- Georgia, Alabama and South Carolina -- passed their own versions of Arizona’s draconian SB 1070. It is not a coincidence that these laws were approved in a region defined by a long legacy of institutionalized racism, clearly still alive and well in 2012.

Arizona’s SB 1070, Georgia’s HB 87, Alabama’s HB 56 and South Carolina’s SB 20 are all part of a deliberate policy called “attrition by enforcement,” which, simply stated, means implementing laws that make life so impossible for immigrants that they decide to “self-deport.” This is the psychological war my friends have been talking about.

This week, Juana and I will join other women from around the country on the We Belong Together Women’s Human Rights Delegation to Birmingham to hear directly about how Alabama’s HB 56 has devastated immigrant women and their families. We will hear stories about how the classrooms were empty the first days after the law went into effect, with immigrant parents petrified of sending their children to school. We will learn about hundreds of trailer homes abandoned when immigrant families picked up whatever could fit in their vehicles and fled to nearby states, or in some cases, back to their home countries. We will also hear about law enforcement officers who decided to take the law into their own hands and use HB 56 even before it was approved to harass immigrants and violate their constitutional rights.

But there is another side to this story, one that we don’t hear about as often. These same psychological wars that spread panic amongst immigrant communities also birth resiliency. After the Proposition 187 crisis in 1994, my friend Juana’s group, Mujeres Unidas y Activas (MUA), grew to become one of the strongest and most respected grassroots immigrant women organizations in the country, and Juana herself, who started as a member, is now Co-Director of the group. Likewise, after Alabama’s HB 56 went into effect, immigrants like Trini and my friend Victor, a 19-year old Dreamer, decided to organize and fight back. Over the last few months, a number of burgeoning grassroots organizations led by immigrants have emerged in Alabama and joined the campaign to repeal HB 56. A human rights and social justice movement is re-emerging in a state where so many of its organizations have been decimated by decreased funding and constant political attacks.

I have been dreaming of introducing my friends from MUA to the women whom I have met in Alabama over the last six months. I can hardly wait for the “intercambio,” the exchange between MUA and the Alabama women’s groups -- the story telling, the common bonds as women and mothers, the struggles, the strategies, the hopes, the possibilities and the victories -- for MUA to see a reflection of where they started out: as immigrant women who simply wanted a better life for their children and for the Alabama women to see a vision of where their power and resiliency might take them. Perhaps the psychological war is backfiring after all.