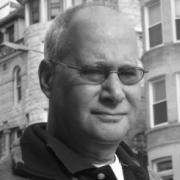 Mitchell Hirsch
Share This
Add your voice to the comments

Twelve years have passed since the onset of what we call the Great Recession. Now, as the effects of the coronavirus-spawned COVID-19 pandemic send the U.S. economy hurtling into another recession, or possibly depression, and Congress wrestles with designing the components of an urgent policy response, it’s useful to take a quick look back at just how important unemployment insurance (UI) was for workers, families, and the economy overall in that last recession.

It is important to note that in the Great Recession unemployment rates were higher for Black and Latinx workers; with unemployment for Black workers exceeding 16 percent in early 2010 and unemployment for Latinx workers exceeding 13 percent in late 2009. This compares to 9.3 percent unemployment for white workers in that same period. Low-educated workers and marginalized workers, especially workers of color are more likely to lose their jobs during economic downturns and have less of a financial cushion than their respective more educated and white counterparts. Due to systemic injustices, Black unemployed workers have the lowest receipt of unemployment insurance, 23.8 percent compared to 33.2 percent for white people. The Great recession taught us that the racial and poverty-based gaps in receipt of benefits must be closed. Unemployment insurance was particularly crucial to helping Black workers, but we must continue to improve upon and expand eligibility for Black workers and all workers making low wages, which will require wider public education and policies that drive equity.

In 2008, Congress enacted the first of several significant, temporary federal extensions of unemployment insurance known as Emergency Unemployment Compensation (EUC), with additional tiers of benefit weeks to supplement regular state UI and Extended Benefits (EB) programs. The recession was so deep and job losses so massive that in many states, these programs together (for a time) provided up to 99 weeks of unemployment benefits to help jobless workers and their families. In the Recovery Act of 2009, Congress also boosted weekly benefit amounts for people with dependent children. Many states also acted responsibly, expanding eligibility and improving access to UI benefits.

Taken together, these programs and initiatives made unemployment insurance the single most effective policy response to the last recession—a fact that must not be lost on today’s policymakers.

Just how effective was unemployment insurance in the last recession?

With tens of millions of jobs now in peril, and workers facing unknown durations of joblessness and lost income, it is imperative that policymakers recall the critical role played by unemployment insurance in the last recession and provide a major, robust expansion of UI benefits sufficient to meet the nation’s needs.

This post was originally published on the NELP blog.