Underneath Immigration Debate Lies a Deeper Conversation About Our National Identity 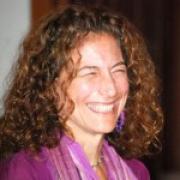 Alexia Salvatierra
Share This
Add your voice to the comments

“Give me your tired, your poor, your huddled masses yearning to breathe free, the wretched refuse of your teeming shore. Send these, the homeless, tempest-tost to me, I lift my lamp beside the golden door!"

Most of us know the immortal words of Emma Lazarus in the poem written on the base of the Statue of Liberty. If a tourist goes inside the center on Ellis Island where immigrants from Europe were processed for entry or refusal, there are copies of historical documents on the wall that tell a very different story. These documents echo Thomas Bailey Aldrich’s 1895 response to Lazarus’ poem:

“Wide open and unguarded stand our gates, And through them presses a wild motley throng--Men from the Volga and the Tartar steppes, Featureless figures of the Hoang-Ho, Malayan, Scythian, Teuton, Kelt, and Slav, Flying the Old World's poverty and scorn; These bringing with them unknown gods and rites, Those, tiger passions, here to stretch their claws. In street and alley what strange tongues are loud, Accents of menace alien to our air, Voices that once the Tower of Babel knew! O Liberty, white Goddess! Is it well to leave the gates unguarded?”

Underneath the current immigration debate lies a deeper conversation about our national identity. Beneath and apart from all the technical questions about the criteria for immigration and the proper response to those who have entered or stayed without authorized documentation lurk questions about our national character and values. Are we a country whose fundamental orientation is to welcome or are we predominantly suspicious of outsiders?

While I respect and support the separation of church and state, I believe that people of faith and our faith traditions have great wisdom to offer our national debate. Faith communities have been reflecting on these questions for centuries. We understand and promote the importance of the rules that keep good order and maintain healthy boundaries.

However, when it comes to the Bible, the number of passages that call for radical hospitality far outweigh those that encourage gatekeeping. In fact, the great Catholic author Henri Nouen spoke of the spiritual journey as the movement from hostility to hospitality. The story of Abraham and Sarah welcoming strangers who turn out to be angels in Genesis 12 is echoed in the New Testament letter to the Hebrews in which the new Christian community is urged to not “neglect to show hospitality to strangers because by doing so, they may welcome angels in disguise.”

The Greek word that we translate as angel in the New Testament means “messenger” and the injunction to treat strangers as if they may be angels recognizes that strangers may well be messengers of God bringing a much needed blessing. These scriptures remind us that even though our primitive impulse may be to distrust and be threatened by the other, we are more connected than we realize. The “other” may be as important to our well-being as one part of a body is to another, or one long lost sister is to her brother. This is objectively clearer in the age of globalization and the internet than it was in biblical times.

To shift our orientation towards the stranger from likely threat to probable blessing does not free us from the hard and complex task of determining effective, logical and humane immigration policy. However, we know that our capacity to develop effective solutions is intrinsically intertwined with our capacity to see all of the relevant data. As a Lutheran Pastor, I would say that our human sin and brokenness gives us a default towards suspicion, selfishness and greed. In order to see the contribution and humanity of immigrants accurately, we will have to see them, as the Little Prince said so eloquently, with our hearts.

There are thousands of stories about the brokenness of our immigration system. However, as a mother, the following story particularly touches me. I heard a testimony at a hearing a few years ago about a mother who came to this country because she married a citizen. He unfortunately passed away suddenly before the two years required for their relationship to qualify her for permanent residency. By the time he died, she had a child who was an American citizen. She wanted that child to have all the benefits of his birthright so she stayed in this country regardless of her lack of documentation. By the time that immigration agents came to arrest and detain her (as she was arriving home from work), she had three citizen children – a 15 year old, a 12 year old and a 5 year old.

When they took her away, the children were frantic to find out where she had been taken. It took a week for their uncle to find their mother, in a detention center near the border. When he took the children to see her, they were not allowed to hug her goodbye. They had to be satisfied with touching the thick plate glass that kept them apart. Upon returning, the 15 year old (who had been a straight A student) fell apart. He couldn’t stop thinking of that moment and missing his mother. His grades and his mental health deteriorated.

Our immigration system does not allow minors to petition for their parents except in cases of cruel, unusual and extreme hardship. The hardship suffered by that 15 year old fellow American is not considered extreme enough to qualify.

Another story that I find particularly poignant concerns the family of a U.S. soldier in Afghanistan. While he was serving overseas, his Guatemalan-born wife (who came to this country at age 2 and had always thought that she was an American citizen) found out abruptly that she was here illegally when the immigration agents came to pick her up, putting their children in foster care. Her father, who had left the family years before and was living in another state, applied for asylum and his application was denied. They came after all of the family members that he had listed on the application.

What does our treatment of these families say about us as a country? What do we want our immigration system to reveal about us? Who are we and who do we want to be? My hope is that the current debate includes more than strategies and technicalities.

In my pastoral counseling training, I learned that a truly healthy person lives with integrity, walking their talk, making their decisions on the basis of their deepest values and beliefs. In order for my daughter to grow up in a society that is as healthy as it can be, I pray that our national dialogue on immigration overtly includes ample conversation about our deepest values.