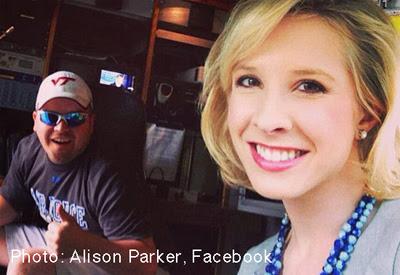 This morning in Virginia, Alison Parker and Adam Ward, two young journalists with Roanoke news station WDBJ-TV, were shot to death during a live broadcast. In the wake of this tragedy, Governor Terry McAuliffe has renewed his call for tougher gun laws in the Commonwealth.

Tell Governor McAuliffe you agree. Sign on to MomsRising’s message of support to help the governor build momentum for better gun policy in Virginia’s next legislative session: http://action.momsrising.org/sign/McAuliffeGunSafety/

During a Wednesday morning appearance on WTOP's monthly "Ask the Governor" program, the governor committed to continue pushing for change, as he has in two legislative sessions so far. He blamed the state legislature for not enacting tougher gun safety measures. “They don’t want any changes,” he said. "We have had a horrible history on this issue."

Alison Parker and Adam Ward's deaths were senseless and heartbreaking. Help the governor build momentum for commonsense gun policy change in Virginia’s next legislative session by signing on to MomsRising’s message of support: http://action.momsrising.org/sign/McAuliffeGunSafety/

Our thoughts and prayers are with Alison Parker and Adam Ward’s families and loved ones, and with the WDBJ-TV community. This senseless gun violence must stop. In their memory, and in memory of the more than 10,000 Virginians who have died from gun violence since 2001, we need to keep fighting for commonsense gun laws in Virginia.

Sign on to our message to Governor McAuliffe now to help build momentum for commonsense gun policy change in Virginia’s next legislative session: http://action.momsrising.org/sign/McAuliffeGunSafety/

The more of us who sign the message, the greater our voice, and the bigger the signal to state leaders that it’s time for change.

** Share this with family and friends by posting the action link (http://action.momsrising.org/sign/McAuliffeGunSafety/?source=blog) on Twitter, on Facebook, and by forwarding this blogpost around to your friends, family and any other Virginians concerned about gun safety in the Commonwealth.

Together, we are a strong voice for safer Virginia families and communities.