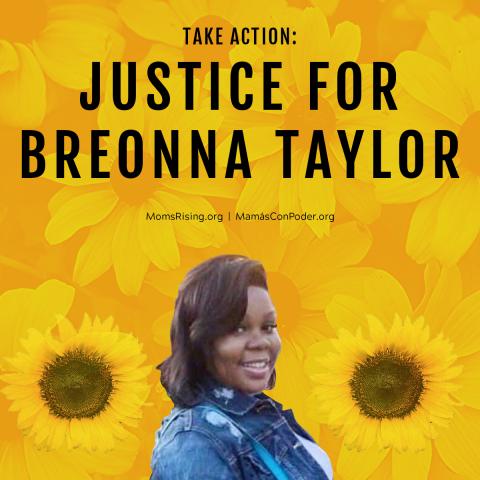 It’s been a hard week, and in 2020 that’s saying something. From the death of U.S. Supreme Court Justice Ruth Bader Ginsburg to the utter lack of justice for Breonna Taylor, and with the ongoing pandemic, everyday can feel overwhelming.

We invite you to slow down with us, to take time for you, for just a brief moment. To close your eyes and take five slow breaths. With just five slow, calm breaths, you can make a big difference for your well-being.

And when you’ve done that, we have five quick actions you can take, just below. You’ll be speaking out against the atrocities of ICE, standing up for Justice Ginsburg’s legacy, helping to get out the vote, demanding justice for Breonna Taylor, and more. With just five quick actions, you’ll have made a big difference for the MomsRising movement -- and for our democracy. Thank you and scroll on down. 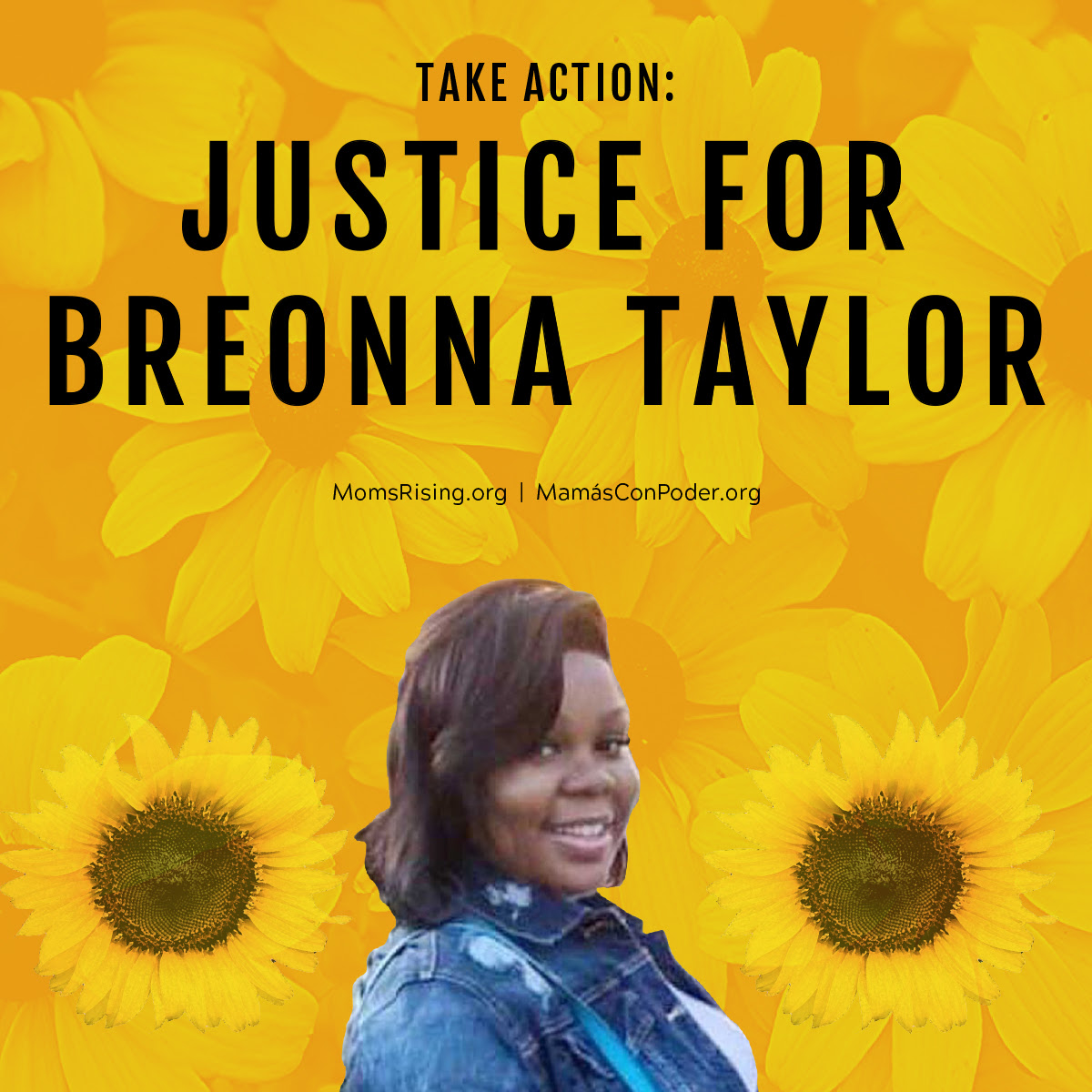 32 bullets. 32 bullets were fired by police officers as they stormed through Breonna Taylor’s house without even knocking first. 32 bullets were fired by police officers as she slept in her bed, murdering her. The 1 bullet that a police officer is being held responsible for? The one that hit the wall of the apartment. The wall. “Wanton engagement” was the charge for the bullet hitting the wall. In an egregious miscarriage of justice, showing the deadly effects of structural racism in our policing and criminal just systems, there were no charges related to the murder of Breonna Taylor. Let us repeat: None.

Sign on now: The fight for justice for Breonna Taylor and to fix our broken policing and criminal justice systems is not over. 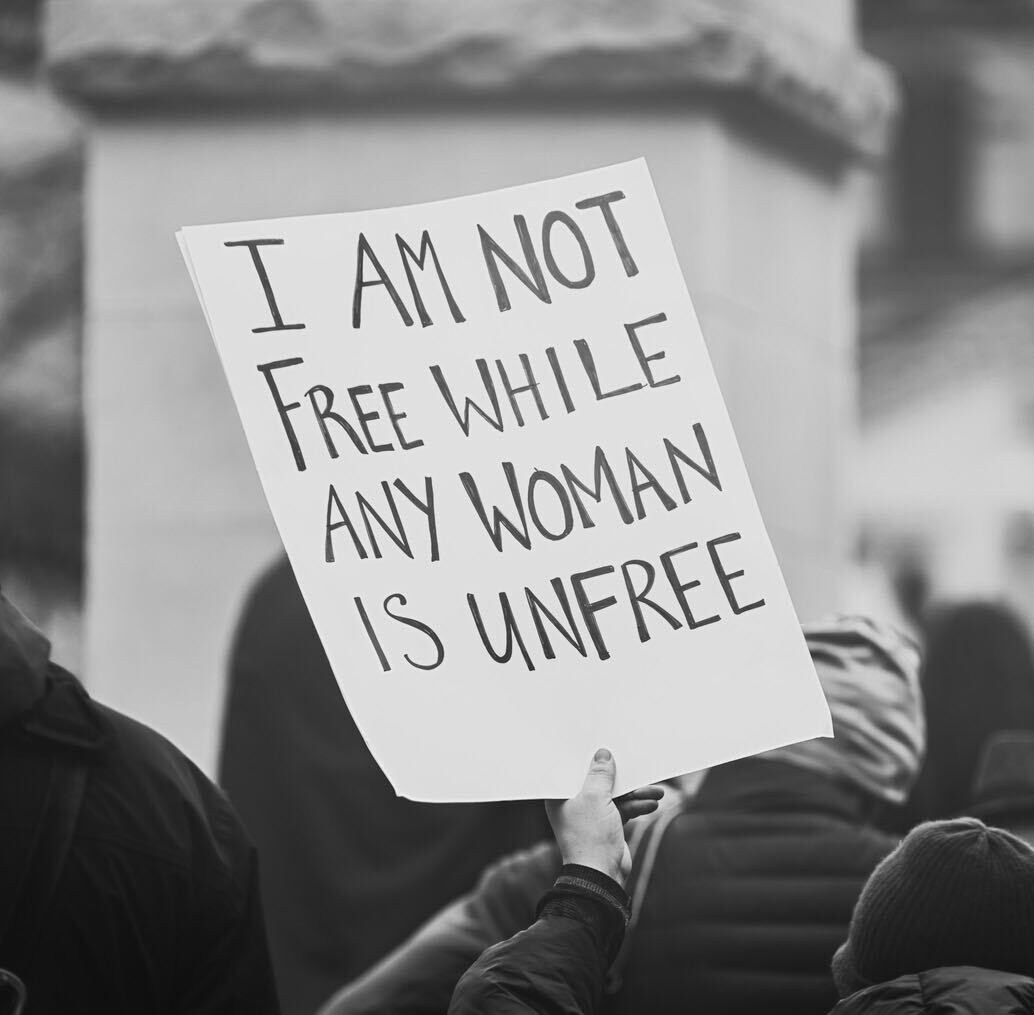 “An inordinate amount of hysterectomies are taking place.” This is the chilling testimony of a brave whistleblower – a nurse, Black woman, and mom of five named Dawn Wooten working at the Irwin County Detention Center in Georgia, which is operated by LaSalle Corrections, a private prison company. There is a long history in the U.S. of cruelty against those who need our protection the most, and controlling women’s bodies is a recurring systemic tactic of white supremacy. We cannot reward continual human rights abuses against Black and Brown communities. We will not stand by as history repeats itself.

The time to hold ICE accountable is now. Join us to demand that the Irwin Detention Center must be shut down, and Congress cut funding to ICE and CPB! 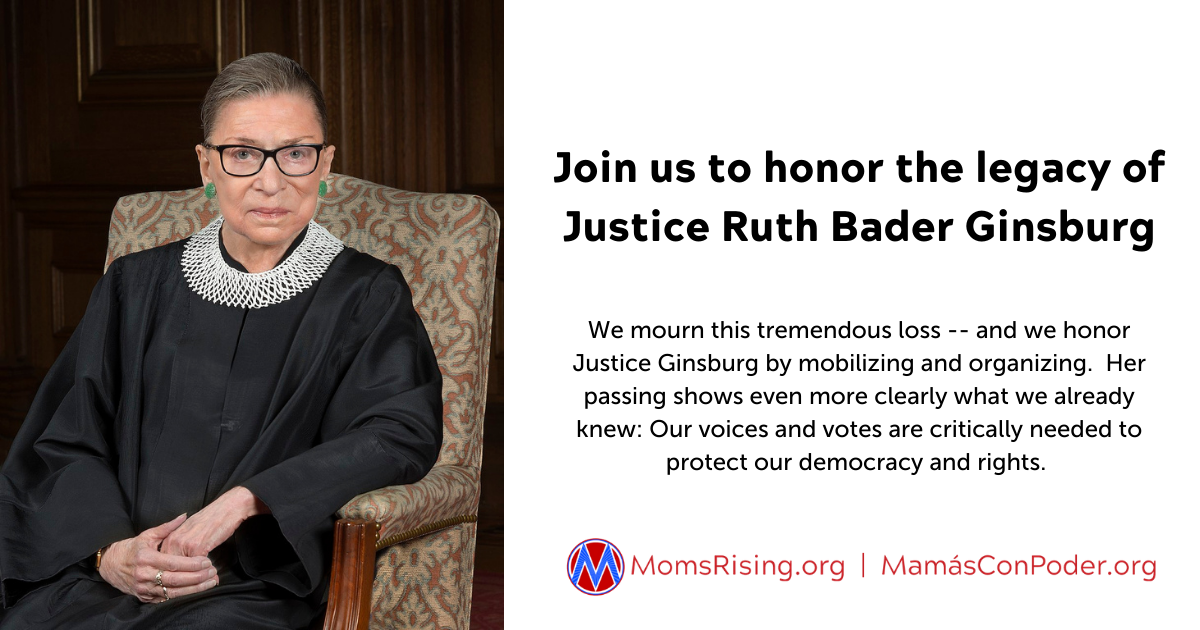 CHIP IN QUICKLY: Fierce, rigorous, fearless, peerless, and a mom. Notorious, even.

Now is the time. With immeasurable sadness, America’s moms mourn this tremendous loss – and we honor Justice Ginsburg by mobilizing and organizing. Her passing shows even more clearly what we already knew: Our votes are critically needed to protect our democracy and rights. It's go time.

We need your contribution – at any level $2.70, $27, $270 to $2,700 in honor of her 27 years on the U.S. Supreme Court because every single dollar has an amplified impact right now – to help get out the mom vote in a BIG way to advance Justice Ruth Bader Ginsburg’s vision of a country where we can all live with dignity, count on equal opportunity, and have control over our reproductive health and lives. 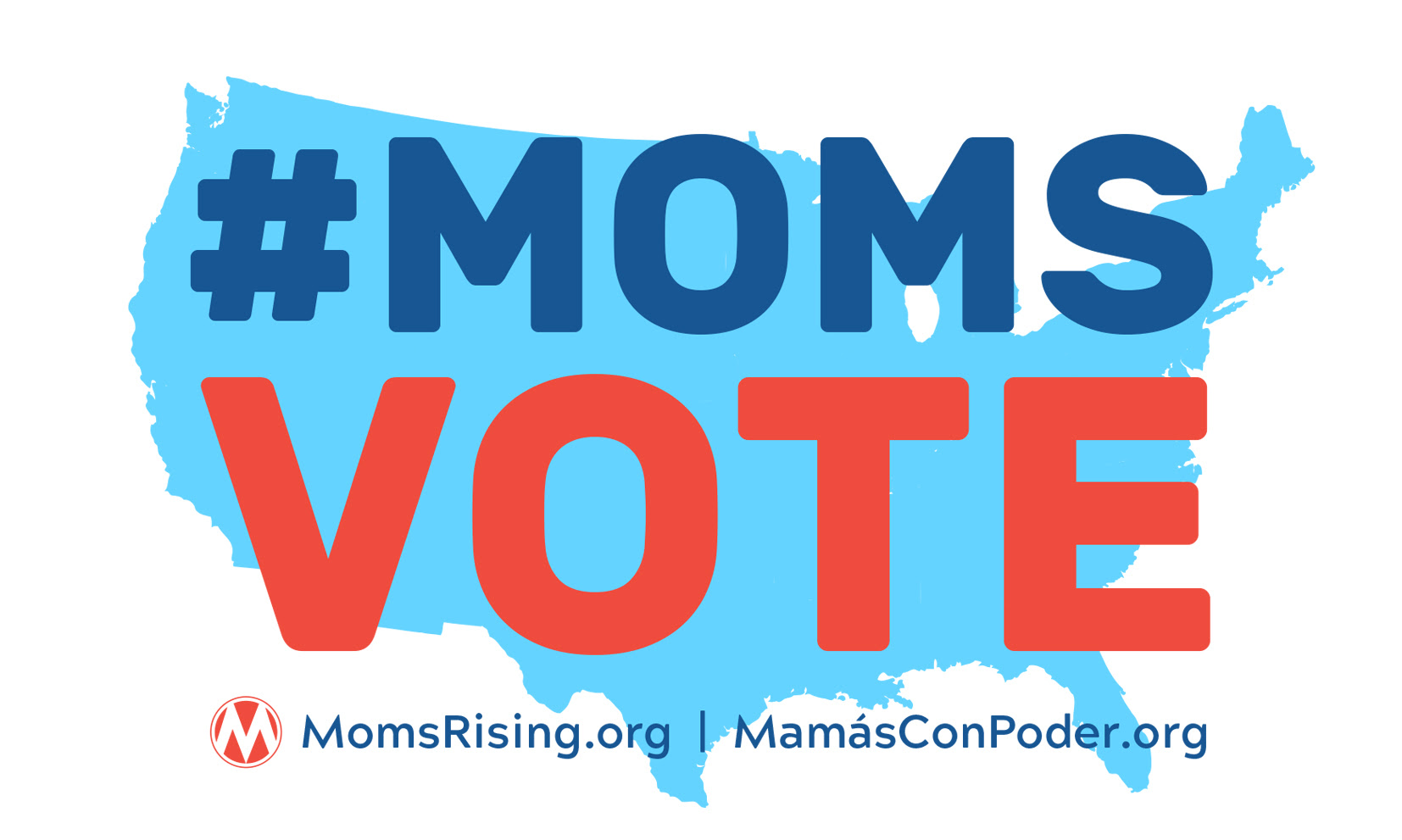 We have to get moms to the polls. Can you help?

MomsRising is running phonebanks each week in October, right up to the national election on November 3. We know it can sound scary if you’ve never done it before, but it’s actually really fun, and our skilled team will walk you through the whole thing! We’ve been bowled over by the incredible enthusiasm of tens of thousands of MomsRising members who have already requested 10s, 100s, even thousands of our postcard reminders to turn out the #MomsVote. So we know that people like you are seriously motivated to turn out the vote in this election. That’s why we’re putting in place a brand new plan for phonebanking to turn out moms who don’t always vote. They just need a little help to get to the polls, and YOU can give them that. A call from a voter like you to help make sure they’re registered, and have a plan to vote, will help those moms cast their ballot on, or before, November 3. The research shows this works, and we know the enthusiasm of MomsRising members is boundless.

Click here to sign up to join our first phonebank party on Thursday, October 1 at 6pm Eastern / 3pm Pacific.You can phonebank from the comfort of your couch, and you’ll be doing the most effective thing you can to help protect democracy! 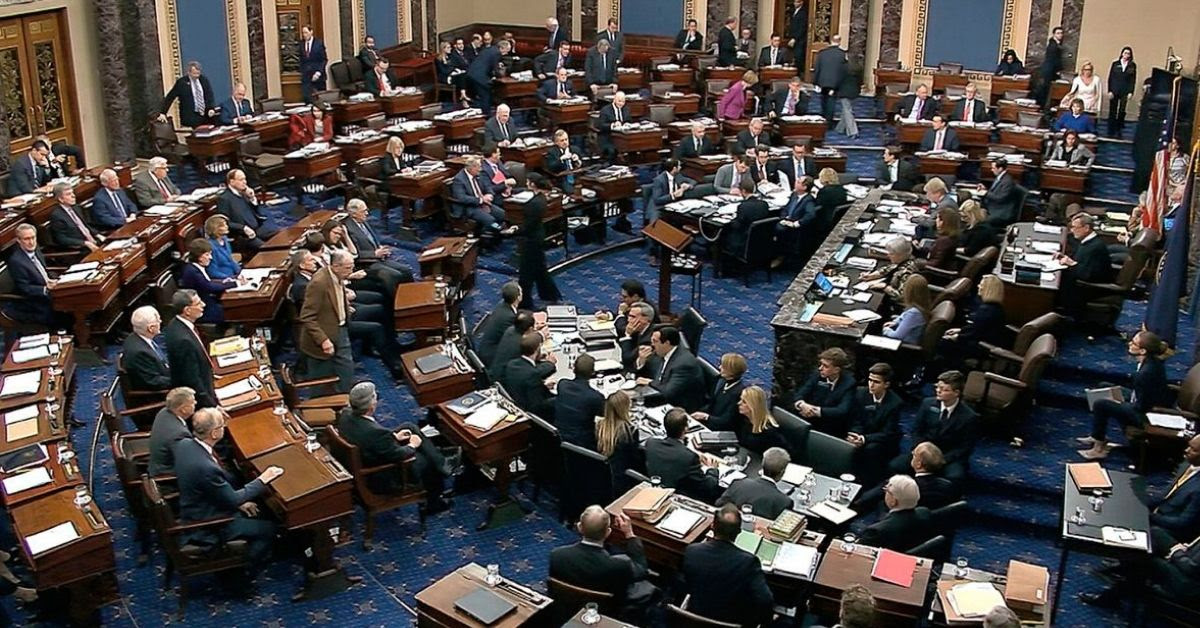 ACT NOW: No hearings or votes on the U.S. Supreme Court before the inauguration!

In her final days, Justice Ruth Bader Ginsburg dictated a message to her granddaughter stating: "My most fervent wish is that I will not be replaced until a new president is installed." This is a truly urgent moment. Having the vote before the election results, and while people are already voting early in many states, is a repudiation of the principles the Republicans set out during the Obama administration for Supreme Court nominations.

Stand up for Justice Ruth Bader Ginsberg like she’s stood up for us! → Tell your U.S. Senators: No hearings or votes on the U.S. Supreme Court before the inauguration!