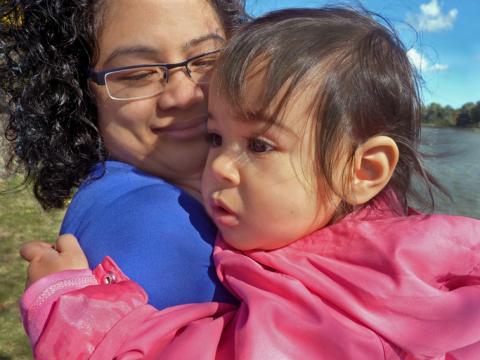 Happy Friday! We have a dual focus this week. With just over two weeks left until the election, we need all hands on deck to help get out the vote. See below for easy ways to get involved. At the same time, we need to keep the drumbeat going around critical issues like immigration. The Trump administration has actually introduced yet another effort to hurt immigrant families, and our voices are needed. Scroll down for a chance to thank Dr. Blasey-Ford, too.

BACKGROUND: MomsRising has been thinking carefully and working hard on our plans for the final sprint to get out the vote. For the last few days before Nov. 6, we've designed actions that are strategic, easy and that maximize your time and effectiveness.  When you join our MomsVote GOTV power surge, you'll be reaching out to low-propensity voters in under-represented communities through phone banking and/or texting, using YOUR personal voice to connect with them and help inspire them to vote. We need moms, dads, grandparents and everyone who cares about the future of our country to join MomsRising's burst of power to the polls! Sign up now to make a few calls, send a few texts, or BOTH! 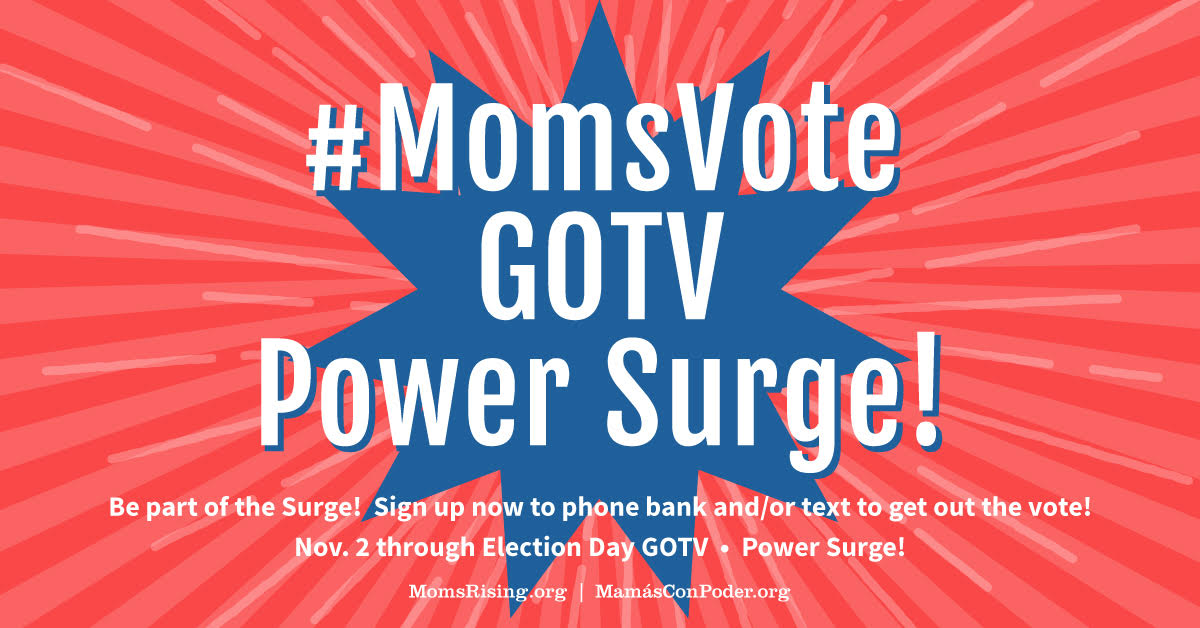 2. Speak Out for Immigrant Families!

Background: Families come first. The Trump Administration has proposed a change to federal immigration rules that would hurt low income working families. The new “public charge” regulation makes immigration a pay-to-play game, putting the wealthy ahead of families who’ve waited years to be reunited, have worked hard, and played by the rules. If the federal government believes an individual could at sometime use programs such as SNAP (food stamps), Medicaid, CHIP (children’s health insurance), Section 8 housing vouchers, or the low income subsidy for Medicare Part D, it could count against them when they apply to receive a green card.We only have 60 days to collect comments on this rule. working families and submit a comment today! Speak out to #ProtectFamilies 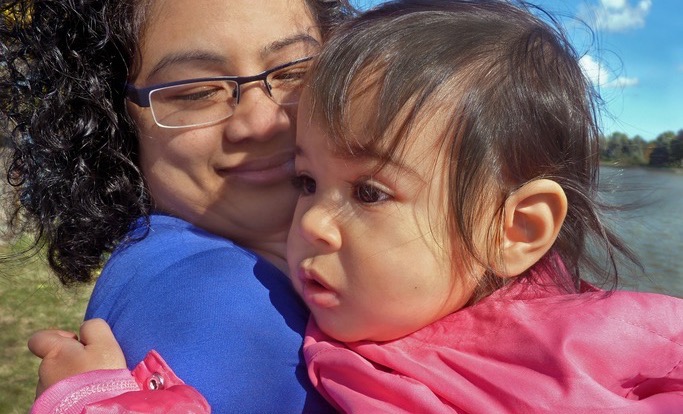 BACKGROUND: Even though the voter registration deadline in Georgia has already passed, it has been discovered that 53,000 voters might be unable to vote on regular ballots come Voting Day (November 6th) due to an unfair and discriminatory policy called “exact match.” “Exact match” states that your voter registration could be rejected, or placed in a “pending” status if your name and information doesn’t exactly match the information on your driver’s license or social security card. And 70% of those 53,000 voters who are being suppressed because of this policy are Black. This is voter suppression and it has to stop right now. *SIGN our letter to Georgia Secretary of State Brian Kemp demanding that he stop suppressing the vote of thousands of Georgia voters! 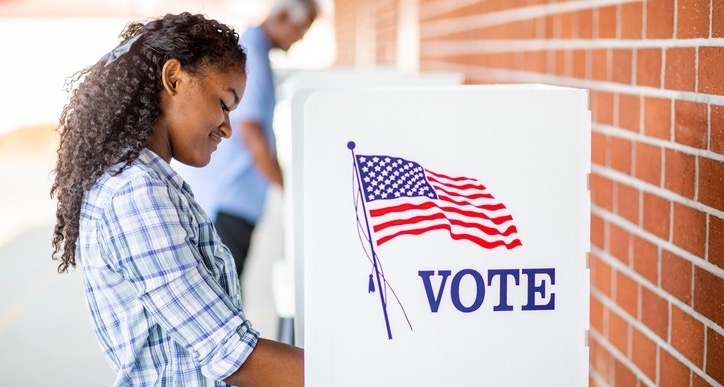 BACKGROUND: Dr. Christine Blasey Ford gave the country an important teaching moment on the devastating impact of sexual violence with her dignified, forthright, and persuasive testimony about Supreme Court Nominee, Judge Brett Kavanaugh. With the confirmation of Brett Kavanaugh to the U.S. Supreme Court, we saw a stark demonstration of how much further we have to go as a nation in supporting and believing survivors of sexual assault and holding perpetrators accountable. Sign now to say “Thank you” to Dr. Christine Blasey Ford for bravely sharing her story and for her powerful testimony at last week’s Supreme Court Hearing. 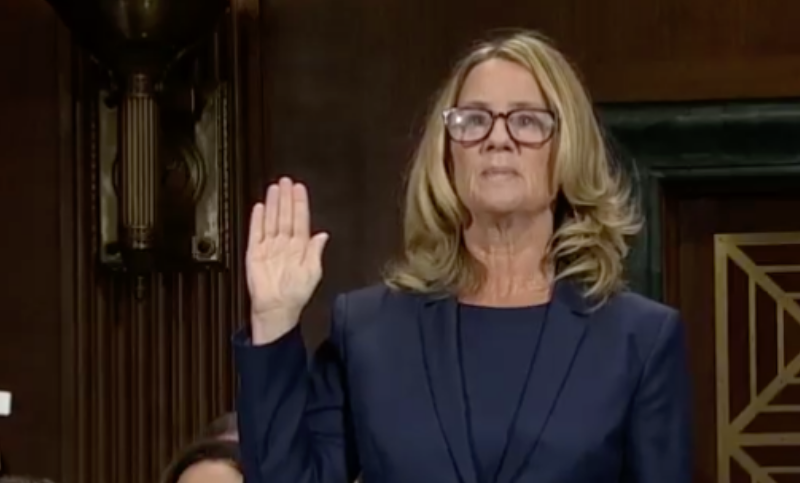 5. Contribute Today to Help MomsRising Get Out the Vote!

BACKGROUND: We need your support to help energize our #MomsVote work so we can bring forward the votes and voices of women and moms across the nation in the election season. With MomsVote, we can register women to vote, educate the candidates about what matters the most to women and moms, engage MomsRising members in the national political dialogue, and more. 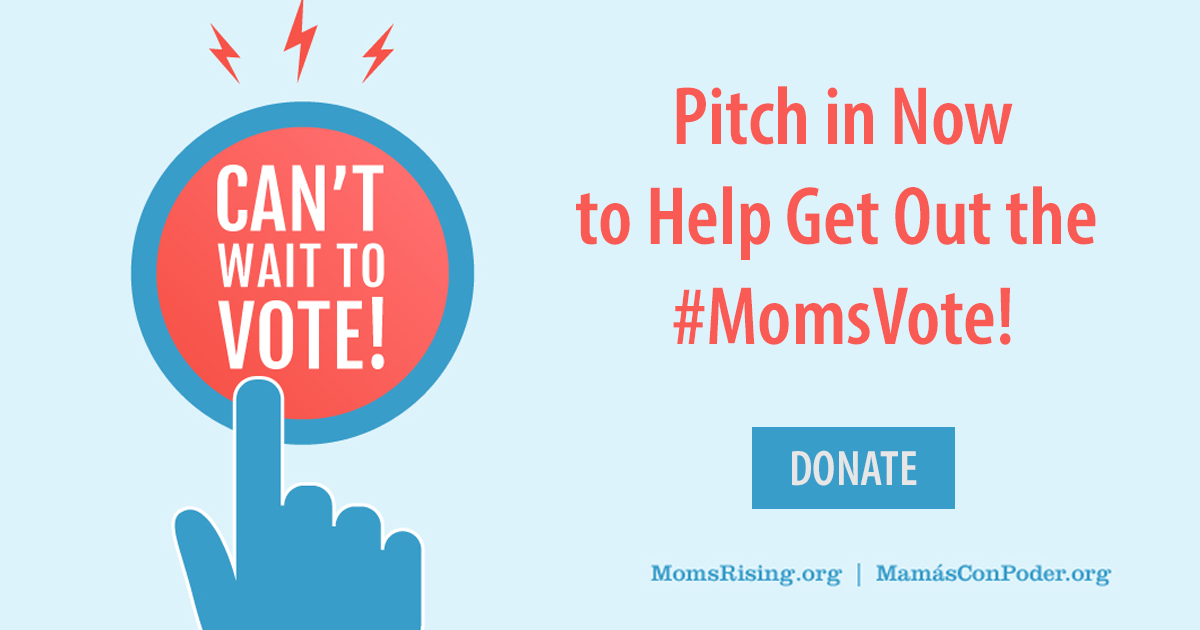 Thanks for all you are doing to help Get Out the Vote in 2018! We so very much appreciate you!