Happy Friday and Happy Spring! We're back with this week's list of top #5Actions, featuring ways to speak out for affordable and high-quality childcare and equal pay, and against police brutality and family incarceration. Mother's Day is also coming up, and we're sharing an easy way to fuel our work through making a tribute gift to MomsRising in honor of a woman or caregiver you love. Be sure to scroll to the end for information about a free training for MomsRising members interested in running for office, too! (Will you run for office? Our country needs you!) Thank you for all you do, and here's the list! =>

BACKGROUND: May 5th marks Children’s Day, or Kodomo no hi, for many Japanese and Japanese American families -- a day to celebrate the health, happiness, and individuality of children (oh, and also gives a shout out to us mamas). This year, what better way to fully celebrate Children’s Day than by supporting real change for children and families by solving the childcare crisis?! This is why we are inspired and thrilled that Senator Patty Murray (WA), Senator Bob Casey (PA), and Representative Bobby Scott (VA) are taking a stand to address these issues by introducing the Child Care for Working Families Act. This legislation will address our nationwide early care crisis by lowering childcare costs for low-income and middle-income families, supporting universal pre-K programs for all 3 and 4 year-olds, and significantly improving compensation and training for the childcare workforce to ensure that our nation’s teachers and caregivers have the support they need. **Sign our letter NOW encouraging your members of Congress to create a brighter future for our littlest learners, workforce, and economy by supporting the Child Care for Working Families Act. 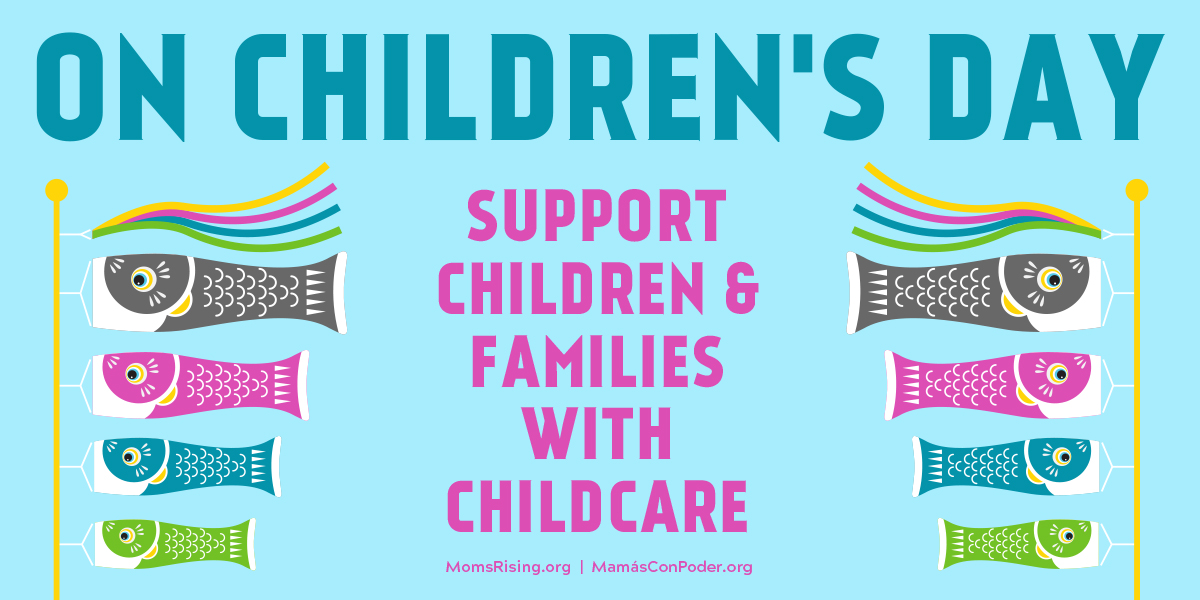 2. Don’t Let the Reckless Killer of 12-Year-Old Tamir Rice Get His Police Badge Back

BACKGROUND: A reckless killer of children should not carry a badge. Yet, that’s exactly what Cleveland’s police union is trying to do - get Timothy Loehmann, who shot to death 12-year-old Tamir Rice while he was playing in the park, back on the Cleveland police force. Tamir Rice died in 2014. He was playing with a toy gun in the park when a patrol car pulled up to investigate. Officer Loehmann shot Tamir less than one second after getting out of his car. Tamir died the next day. Help Tamir’s mother Samaria Rice confront Cleveland’s police union and stop her son’s killer Timothy Loehmann from rejoining law enforcement. Sign on to Samaria's message to “Stop defending the officer who killed Tamir Rice and trying to get him back on the police force.” 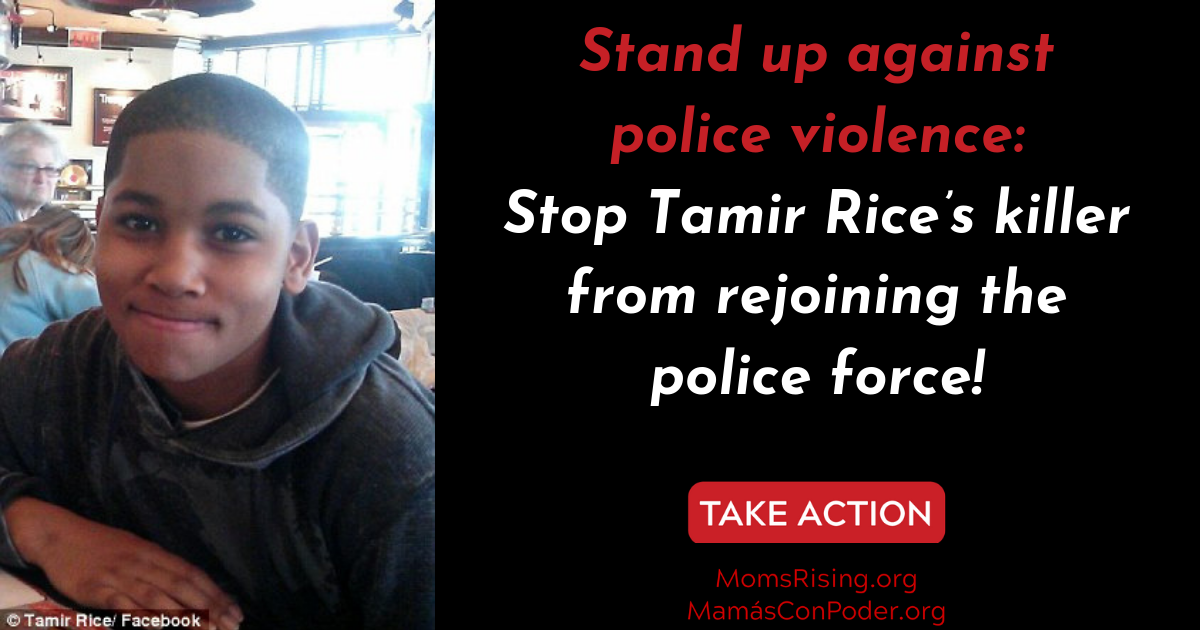 3. Tell Your U.S. Senators to PASS the Paycheck Fairness Act (and let them know what you'd do with an extra $10,000 if the gender wage gap closed!)

BACKGROUND: The wage gap exists in every state, regardless of geography, occupation, or education. Moms and women of color are hit hardest by unfair pay practices, and on average, women individually lose out on over $10,000 each year due to the wage gap. This is not OK! Send a message to your U.S. Senators’ offices about the Paycheck Fairness Act and let them know what you would do with an extra $10,000 a year if the gender wage gap closed. Thank you! 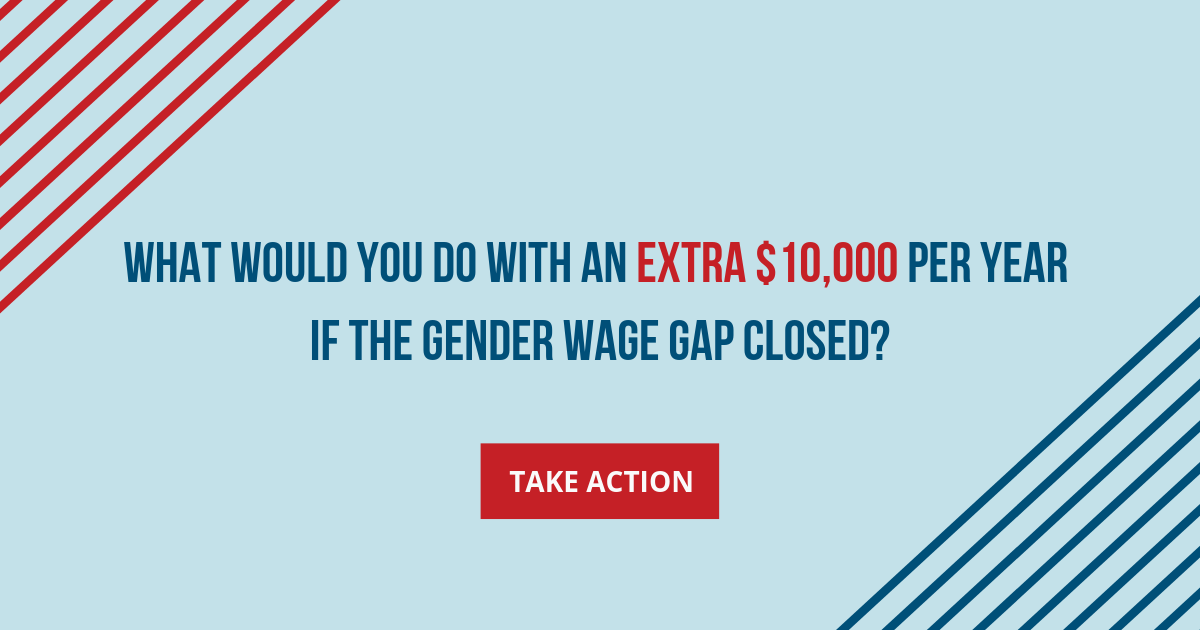 4. Send a QUICK Letter to Say NO to Family Incarceration

BACKGROUND: A federal judge ruled a halt to most, not all, family separations at the border. However, the Inspector General of the Department of Health and Human Services (HHS) reported that not only were “thousands” more migrant children separated by the Trump administration than previously known, but that they didn’t even know how many children were taken away from their families because of failures to track families as they were being separated! We must ensure that the Trump administration does not respond to calls to reunify ALL children with their families by incarcerating asylum seeking families. Trading family separation for family jails is not the solution. Imprisoning children with their families is still imprisoning children. Children deserve to be with their families outside of cages and they deserve to have their rights protected. Join us today in writing a Letter to the Editor to tell elected officials to say NO to family incarceration. 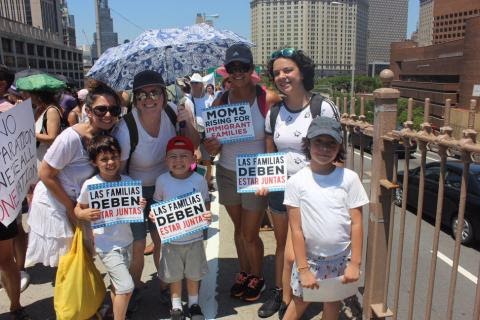 BACKGROUND: Honor or memorialize a mom you love with a gift that supports MomsRising Together -- the movement that stands up every day for women, moms and families. We’ll announce your gift with a beautiful e-card of your choice. AND, if you like, we'll post your personal dedication message in a Facebook album we'll be sharing on Mother's Day. Want to make a regular Mother’s Day donation instead? Click here. 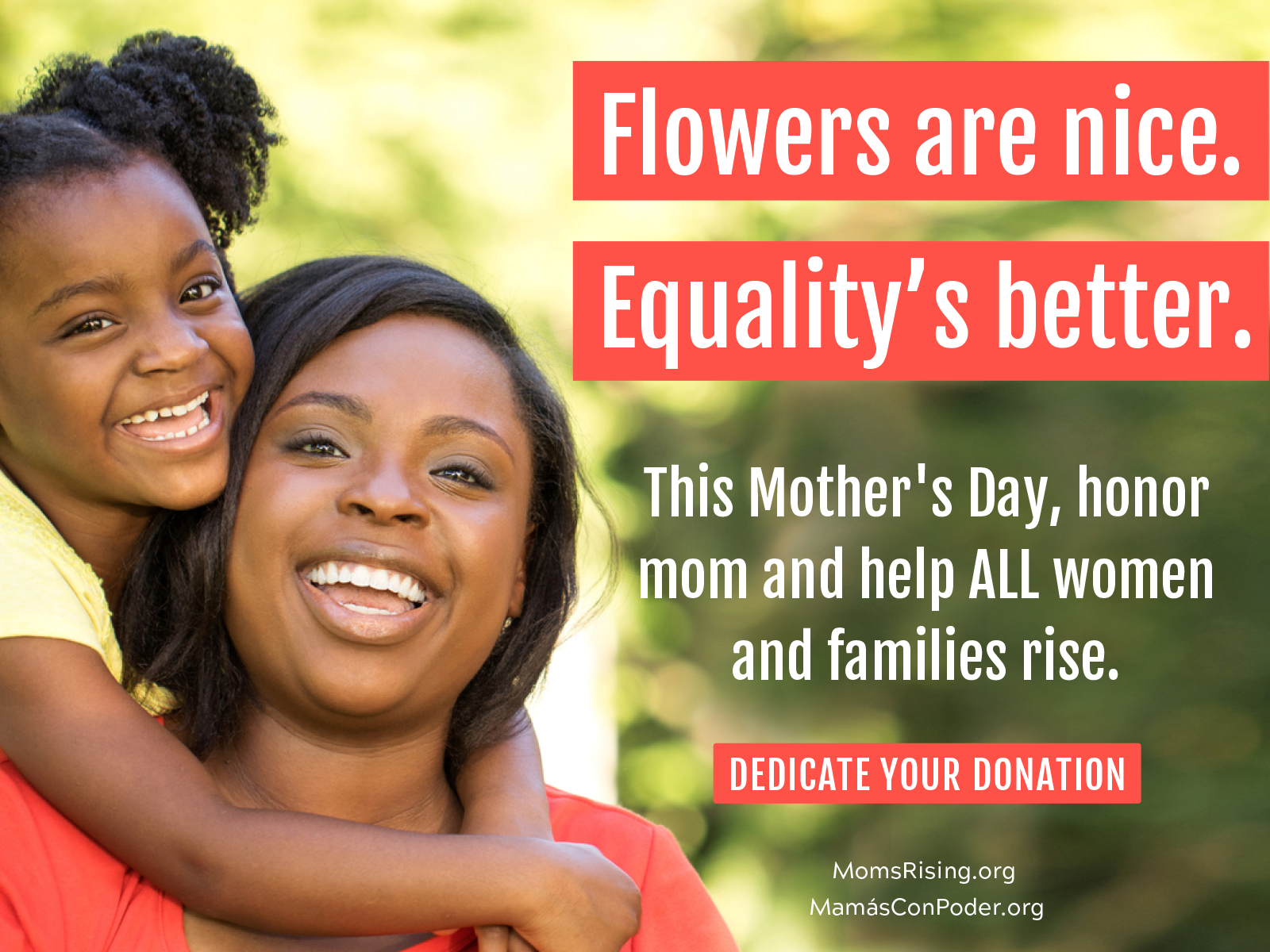 Special Invitation for MomsRising Members: #RunAsYouAre 2019 National Training for women candidates, on Saturday, May 18, at 20 locations across the country

The 2018 election swept a record number of women into elected office, but that would never have happened without a massive spike in women candidates, many of whom said they were driven to run because of the Trump presidency. Well, Trump is still President. And even with 102 women now serving in the U.S. House of Representatives, that’s still just 24% of the seats when we need at least 50% for equal representation. So if you have been thinking of running for office – locally, statewide, or at the national level – even just a little bit, stop thinking and start preparing. This is your time! The #RunAsYouAre 2019: National Training is for women who want to run for office and support other women who want to run. It’s organized by VoteRunLead, the largest and most diverse training organization for women candidates, in partnership with Facebook, WeWork, MomsRising, and others. Sign up here, and use the code “MOMSRISING” to waive the registration fee!