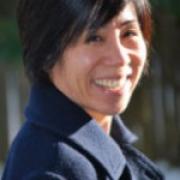 Mia Wenjen
Share This
Add your voice to the comments

This blog post originally appeared in the Pragmatic Mom Blog.

The Chinese immigrant experience is one with a long history in America resulting in becoming the largest Asian population in America today.  There is a great one-page overview on Chinese immigration that details this history.  Interestingly, this article says that the earliest Chinese immigrants during the 1700's were well received and became wealthy but attitudes changes negatively during the mid-1800's when less skilled Chinese "Coolies" came during the gold rush.

As I think about the Chinese immigrant experience -- my father immigrated from China to pursue a Ph.d program at U.C.L.A. a few years before the Communist Revolution -- my own experience is probably similar to most second generation immigrants in the quest to balance American culture while honoring an Asian past.  Of course, my background is dissimilar to most Chinese immigrant stories as my mother is of Japanese descent and 2nd generation at that.  And did I mention that I married a Korean?

And so each of us carries an immigrant story that is unique.  I chose these books because there was something special about each of them that helps me to connect to my Chinese roots and I hope that you enjoy them to, even if your ancestry isn't Asian.

For my own children, a "mixed-plate" to quote a Hawaiian term,  they are 2nd, 3rd and 4th generation Asian.  And at 1/4 Chinese, 1/4 Japanese and 1/2 Korean, they are an unusual mix in that these three countries have traditionally hated each other for centuries.  And so in reading these stories, they may or may not relate to any of these stories, but I hope that it will help them to honor and take pride in their ancestry even if it's as varied as a patchwork quilt.

The Year of the Book by Andrea Cheng

The Year of the Book is a subtle and realistic portrayal of what it means to grow up as a second generation Asian American. For 4th grader Anna Wang, it means being on the sidelines at school while her once best friend trades up socially. At home, life is safe and cozy, especially with books that comfort and entertain her. Is it her Asian-ness that keeps her from being popular or it is her bookish personality? Should she care or embrace it? Books, family and friends make up the triad that define Anna right now and this is the year of the book to learn how to balance it all. I'd hand this multicultural chapter book to any girl who has ever felt left out. [chapter book, ages 8 and up]

If there is one book that I would single out as THE seminal Asian American coming of age story, it would be The Great Wall of Lucy Wu. What is unique about this story compared to all others is that the Chinese American family is an assimilated 3rd generation family without the usual Asian stereotyping. It's not about characters that are super smart geniuses or that play the violin/piano like a child prodigy ... these are characters that Asian kids living in suburban communities across the United States can actually relate to. Fitting in while retaining your Asian culture. Living up to high family expectations and standards. Being your own person versus who your parents want  you to be. Good stuff! And it's so well written that I think it will be up for many, many children's lit awards. Wendy Shang is the Amy Tan of children's literature. Try her for yourself!

I found these great beginning chapter books at the library.  They are a very interesting and accurate historical fiction series that brings Ancient China to life.  Great if you are also combining any museums of, say, Terracotta Warriors.  The Terracotta Girl would be a perfect fit!  The Jade Dragon is a more general story combining ancient sports (horned helmet wrestling jiao di, rowing and archery) with dragon symbolism.

Fa Mulan by Robert D. San Souci
I always find it interesting to read the book a movie is based on.  San Souci retells this legend that comes from a ballad composed around 420-589 A.D.   about the battles found between the Chinese and Tatars (what is now Mongolia and Manchuria).  This retelling shows that the Disney movie is faithful to the ballad with one big exception, Mulan did have permission from her parents to join the army.  Filial piety is pretty important in Asian culture!  [picture book, ages 6-10)

Nim and the War Effort by Milly Lee

Nim wants to win the paper drive but her grandfather won't let her miss Chinese school.  She has to venture out of Chinatown in order to prove to a Caucasian kid that she's an American.  [picture book, ages 7-12]

10. The Magic Horse of Han Gan by Chen Jiang Hong

I chose this picture book as much for gorgeous traditional Chinese paintings as for the story which is about the life of painter Han Gan, who lived in China 1,200 ears ago.  The myth is that he is a such a great painter of horses that one of his paintings comes to life.   [picture book, ages 5-8]

9. Beautiful Warrior:  The Legend of the Nun's Kung Fu by Emily Arnold McCully

This is a Great Books for Girls by Kathleen Odean selection about a nun who is a master of Kung Fu and helps a village girl avoid a unwanted marriage.  A great book about girl empowerment through the martial art of Kung Fu.  Think The Karate Kid for girls!  [picture book, ages 5-9]

8. In the Year of the Boar and Jackie Robinson by Bette Bao Lord

This is the story of Shirley Temple Wong as she emigrates to America at age 8 and discovers that American is the land of opportunity by learning about baseball, the Brooklyn Dodgers and the great Jackie Robinson.  [chapter book, ages 8-12]

6. The Year of the Dog by Grace Lin

It's the Year of the Dog, and Pacy learns that this is the year to "find herself" which means trying to find her special talents and how she fits in with family, friends and classmates.  There is a little bonus gift in that Pacy enters a book writing contest and that book is The Ugly Vegetables!  Grace Lin is the "Amy Tan" of children's literature and this is a gentle story for anyone who struggles with finding themselves.  In real life, Grace Lin said that she actually won the science fair and you can check her website to find out more about what really happened in real life versus Year of the Dog.    [chapter book, ages 8-12]

Millicent Min is an 11-year-old girl genius with no social skills or friends except for her Grandmother Maddie.  While Millicent can rationalize her solitude, her parents and grandmother co-conspire to socialize her.  They force her to play volleyball and to tutor an annoying Chinese American kid, Stanford Wong, who is the polar opposite of her.  Things look up for Millicent when she makes her first friend, Emily, at volleyball.  But things come to a head when Emily finds out that Millicent and Stanford are lying to her as they both try to hide their tutoring arrangement from her.  And to make matters worse, Maddie decides to move to England.  Millicent is a genius, but can she figure out how to repair her friendship?  [chapter book, ages 9-14)

4. The Ugly Vegetables by Grace Lin

One of my favorite picture books about a little Chinese girl who objects to the "ugly vegetables" her family grows compared to her non-Asian neighbors who grow beautiful flowers.  But when her mother makes a delicious soup from the Chinese vegetables, all the neighbors want to trade flowers for soup. What I like about this story is that "fitting in" is something internal that the little girl feels; not as  result of overt prejudice.  And in the end, her differences enrich the entire neighborhood. [picture book, ages 4-7]

Jon Muth manages to take Chinese philosopher Chuang Tzu and distill it into three stories that both children and adults can relate to.  A wonderful book for everyone's bookshelf.   The artwork is gorgeous too! [picture book, ages 4 - adult] 1. Where the Mountain Meets the Moon by Grace Lin

My oldest has always loved Asian folk tales.  In this Newbery Award winning book, Grace Lin's finest work to date weaves Chinese Folk tales into a story that is greater than the sum of it's parts.  With Asian themes of filial respect and sacrifice, she writes a novel that is the "Asian Percy Jackson."   [chapter book, ages 8-12]

To examine any book more closely at Amazon, please click on image of book.