To the Women Who Are Afraid 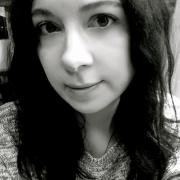 Alison Stine
Share This
Add your voice to the comments

There’s a nagging suspicion inside you that something is wrong.

He calls you names. He denies your feelings. He talks over you; yells at you; humiliates you; and re-writes reality, including the reality of what happened to you.

Maybe you wouldn’t call it abuse, or can’t. Maybe he’s never lifted a hand against you, but his words weigh you down like lead. It’s confusing, isolating, and shameful, or feels like it is. How do you explain this to other people? If you protest, he denies it—or it gets worse. You’re stuck in circles of blame and panic.

And on TV, you see a man a lot like him.

It’s no secret that this presidential election season has been incredibly difficult, the violence, hatred, and accusations impossible to escape, but if you’re one of the women currently married to, living with, or under the control of an abuser, or if this describes your history, it’s even harder. It’s hard to sit through the news, and it’s hard to think about your country’s future when you’re struggling to stay safe through your own day-to-day.

I write this to you.

And you’re not alone in what we can do about it.

You are safe in the voting booth.

Advocates and experts say, in situations of violence, it’s okay to lie to keep yourself safe, to lie about things like your whereabouts. This includes how you vote. Your husband or boyfriend or whoever is hurting you doesn’t have the right to know who you really chose. Nobody does. No person can deny you your right to vote—and no person can tell you how to vote. No one will actually know.

This is your choice, this time. This moment: you are alone. He won’t be with you. He can’t legally be there.

In this presidential election, which has been called triggering, traumatic, and abusive, it often feels like there are no safe spaces. But there is one. Cast a vote in it.