To Ritalin or not to Ritalin 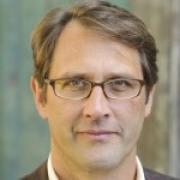 Joe Newman
Share This
Add your voice to the comments

As a toddler I was the kid who repeatedly stuck his fingers in the electric sockets.  My mother tells of my father slapping my hand for doing this and with tears streaming down my face I looked him in the eye and did it again, then another hand slap, then again, and another slap, over and over until my father gave up and carried me away.  By age three I’d learned how to use the screwdriver and began taking everything in the house apart (like the reclining chair I removed all the screws from, then watched from the closet to see what would happen – it collapsed into pieces when our neighbor sat in it.)  I was aggressive with other children, knocking them over and taking their toys.  When my mother brought me to the playground the other mothers would gather their children and leave.

By first grade I was getting into fights every day at school.  And in the second grade they diagnosed me as A.D.H.D. and put me on Ritalin.  Although the Ritalin made me a bit easier to manage, I still spent a lot of time in the principal’s office.  I made explosives out of model rocket engines in the basement and tested everything to see how well it would burn or what it looked like when I blew it up.

I was unfocused in school and found it difficult to sit down to read or write for more than a few minutes.  My teachers described me as “not working up to my potential,” or “a good student if he would just try.” When you’re a child who can’t focus or control his impulses, most teachers treat you as if you either don’t understand what’s expected of you, or you simply don’t care.  You spend your school years annoying and/or disappointing everyone and most teachers’ feeling for you is one of either condescension or chagrin.

I don’t know if I would have graduated high school at all if it hadn’t been for my success on the wrestling team and the fact that my mother was willing to take my dictation.  Once a month she would type my papers for me while I’d pace between the kitchen and the living room calling them out to her.

Although school often left me feeling humiliated and angry, I made it through and was even admitted to the state university (at the time they would admit you based solely on a decent SAT score).  But university looked like more of the same.  Sit still, be quiet and regurgitate what we say.  The only thing it seemed to offer was an education in competitive drinking, and since I’d already mastered that in high school, I didn’t see the point in staying.  So after seven weeks at college I shaved my hair into a Mohawk, dropped out, and went surfing.

Ten years later I still carried the shame of being A.D.H.D.  It had been a secret no one but me, the doctors and my parents knew.  Ritalin was the disguise I needed to survive behind enemy lines.  Every time I took that pill, I also swallowed the belief that I was broken, disordered and not like everyone else.   But the last ten years had begun to teach me something else.

So after all this what do I think about putting children on Ritalin?  First, every parent should know that Ritalin is a two-edged sword and not a silver bullet.  The truth is that while Ritalin did some serious damage to my self-identity it also prevented untold damage that might have occurred had I not been medicated.  While it postponed my learning to master and find the gifts in the mind I was born with, it also allowed me to fit into and survive the culture of public school.

The second thing parents should know is that behavior and neurology are malleable.  A well thought out behavior plan and effective boundaries can make a big difference in how much self-regulation, impulse control and respect for others your child develops.  The more a child is out-of-control the more the mind practices this and the better at out-of-control it gets.  When adults effectively motivate respectful, in-control behavior in their child the child’s mind practices and gets better at this.  Creating consequences that effectively motivate self-control is the key.

For instance if self-regulation were measured on a scale from one to ten, one being the least self-regulation, effective boundaries and a behavior plan could shift your child from a one to a four (or two to five etc…).  While rating a four in self-regulation might not be perfect, it could mean the difference between being able to succeed in public school without medication or not.  And that four in self-regulation combined with strong problem solving skills, creativity and enthusiasm could make for a very successful student.

When my parents decided to put me on Ritalin, like most parents, they did so not because it was an easy answer, but because it was the only answer they had.  This is why I’ve worked as a Behavior Specialist with behavior problem children for the last 19 years, so that today’s parents will have other answers.

For more from Joe Newman you can go to youtube.com/RaisingLions or RaisingLions.com