To Be a White Ally 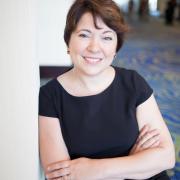 Christine Stone
Share This
Add your voice to the comments

I'm remembering how Sandra Bland, an African American woman in her late twenties, was pulled over by Trooper Brian Encinia, a white police officer, for not signaling a lane change. Some facts are clear: Sandra was less than a mile from the Prairie View A&M University, her alma mater where she had just accepted a new job as a college outreach coordinator. This routine traffic stop escalated into a physical altercation between Sandra Bland and Officer Encinia. She was charged with a felony and spent the weekend in jail. On Monday, she was found dead in her jail cell.

She is one of many examples of unarmed African Americans dying in incidents involving the police: Michael Brown, Eric Garner, Walter Scott, Freddie Gray and tragically, so many others.

Rightfully so, the Black community has risen up in outrage. We’ve seen #blacklivesmatter go from a hashtag to a powerful call for action. And while Democratic candidates are learning to navigate the changing landscape of how race relations are discussed,  as we saw last summer even at the liberal Netroots Nation convention in Phoenix, those of us who are White need to become engaged in this issue.

While I’ve spoken privately to my children about this issue, a recent Facebook post made me think. My friend La’Tasha Mayes called out the silence from the White community on this issue.  La’Tasha is the founder and Executive Director of New Voices Pittsburgh, a community-based organization dedicated to the health and well-being of Black women and girls, our families and communities.

Her post made me dig deep. If I claim to be an ally and a progressive individual, what am I doing to stand with Black women? My first thought was to comment on her post and ask her how we White progressive individuals and organizations could be allies. But, I hesitated. While I consider myself to be an ally and a progressive, she was right. I was part of the collective silence and it is time for all of us to answer her outcry.

We need to do some introspection first. We need to open our eyes, and think hard about the tragic death of Sandra Bland and countless others and the connection to systemic racism in America.

1. Black lives matter--all of them. We must reject the narratives of ‘She was a good kid’ or ‘He was a criminal’ and lift up the fact that all ‘black lives matter.’ Was Sandra Bland’s death more tragic because she had just landed a great job at a college, her alma mater no less? Would it have been just another Black death while incarcerated if she had been unemployed? Just as her life matters, the lives of all of the Black people who died at the hands of the police while incarcerated matter.

2. Mass Incarceration is real, so is racial profiling and for-profit prisons. African Americans are locked up in prisons at disproportionately higher rates and for longer sentences for the same crimes committed by White people. And, since those who are released from jail, are more than often denied access to housing, employment, education and voting, that, too, impacts African Americans disproportionately. We must add our voices to those calling on the Department of Justice to investigate whether the Waller County engaged in a "pattern and practice" of discrimination against African-Americans.  We know that this traffic stop, use of force and incarceration that led to Sandra Bland’s homicide is not an isolated incident.

3. White allies need to act.  It’s really easy to talk about poverty and conveniently leave out race. If we claim to care about our communities, we must recognize that decades of housing discrimination, White flight, intergenerational poverty and racial profiling exist. We need to organize community conversations about the state of police-community relations. We should support efforts led by leaders of color – with our time or our financial support. We can encourage our spiritual leaders to incorporate social justice into their sermons and to take action.

My friend La’Tasha was right, the shameful silence of White individuals and organizations, progressive or not, is resounding. And to fix the racial and economic problems in our community and country shouldn’t be on her shoulders alone. I’m committing to doing the above and talking not just privately with my family but openly and publicly in my community. Being a White ally is important, and this is one of those times when one person can make a difference.